Page created by Beatrice Bishop
Click to read more   ☰
If your browser does not support JavaScript, please read the page content below:

Dear 9th Grade Honors Civics Students: Summer Work 2018-2019 Requirements: One 5 page Essay and Character List See below for Instructions. The essay, works cited page and character list all must be uploaded to turnitin.com as one single document. Each student must select one book to read. These books were chosen because they have a government focus, but they also include many social issues that are current within our society and community. If a student has read one of the books on this list, please choose a different book to read. Article 5 - Kristen Simmons Unwind - Neal Shusterman The Eleventh Plague - Jeff Hirsch The Barcode Tattoo - Susan Weyn Uglies – Scott Westerfield Glass Arrow - Kristen Simmons The following prompts should be answered in a logical order in your essay.

This is not a constructed response question assignment. Make sure your paper flows in a logical order and transitions properly between paragraphs. As stated above this is not a constructed response assignment the prompts are just the information you have to include in the paper but it needs to be included where it makes sense. Your essay should have an opening paragraph and a thesis statement. I have included the Owl Purdue Website for you, so please review the proper techniques for formatting MLA, in text citations and work cited.

1. Summarize what happens in the book. What are the important conflicts? (No more than 2 paragraphs this is not a book review) 2. Include a few statements, quotes or ideas from the books that are especially noteworthy or meaningful. Include citation. (should be spread out within your essay to help back ideas/arguments and supply evidence) Do not use drop quotes. 3. What are the implications of the ending and its effect on the main character? Is the ending of the book satisfactory? Explain. (Should be discussed in your conclusion) 4. Was the main character successful in overcoming a difficulty? Why or why not? How much do you sympathize with him or her? (Should be discussed in your conclusion) 5.

To what extent do you think that the book is worthwhile? (Should be discussed in your conclusion) 6. What insights does this book provide in terms of government? Use examples to illustrate your point. In other words you are comparing and contrasting their government and how it works to ours. (This prompt should be the majority of your paper as it is the reason you are writing this essay. Prompts 1,2 and 6 should be woven together in your essay).

Essay Requirements: No cover page, character list stapled to the back of the essay behind your work cited page! MLA Format, Paper must be 5 pages, 12 point font Times New Roman, Double-Spaced, hard copy of essay must be submitted to me on the first day of school August 7th regardless of which semester you have me. I am located on A hall in room 110 ( if you are worried about getting it to me on the first day of school bring it to OPEN HOUSE and turn it in then). A HARD COPY MUST BE HANDED IN ON THE FIRST DAY OF SCHOOL IN ORDER TO RECEIVE ANY CREDIT (NO EXCEPTIONS ! !

MLA Source: https://owl.english.purdue.edu/owl/resource/747/01/ Work Cited Help: http://www.easybib.com/ Character List Requirement: Character list in not a part of the essay it is a separate requirement and must be stapled to the back of the work cited page.

Write down each pivotal character's name as he or she is introduced and describe each one. As you read, indicate the importance of each character in this book. When handing in hard copy on the first day of school put the character list behind the work cited page of your essay. The work cited page is the last page of an essay.

1. Article 5 - Kristen Simmons The Bill of Rights has been revoked, and replaced with the Moral Statutes. There are no more police, instead there are soldiers. There are no more fines for bad behavior, instead there are arrests, trials, and maybe worse. People who get arrested don’t usually come back. A 17-year-old Ember Miller is old enough to remember that things weren’t always this way. Living with her rebellious single mother, it’s hard to forget that people weren’t always arrested for reading the wrong books or staying out after dark. That life in the United States used to be different.

In the three years since the war ended, Ember has perfected the art of keeping a low profile.

She knows how to get the things she needs, like food stamps and hand-me-down clothes, and how to pass the random home inspections by the Federal Bureau of Reformation. Her life is as close to peaceful as circumstances allow. That is, until her mother is arrested for noncompliance with Article 5 of the Moral Statutes. And what’s worse, one of the arresting officers is none other than Chase Jennings... the only boy Ember has ever loved. There is a sequel called “Breaking Point” 2. Unwind - Neal Shusterman In a society where unwanted teens are salvaged for their body parts, three runaways fight the system that would "unwind" them.

Connor's parents want to be rid of him because he's a troublemaker. Risa has no parents and is being unwound to cut orphanage costs. Lev's unwinding has been planned since his birth, as part of his family's strict religion. Brought together by chance, and kept together by desperation, these three unlikely companions make a harrowing cross-country journey, knowing their lives hang in the balance. If they can survive until their eighteenth birthday, they can't be harmed—but when every piece of them, from their hands to their hearts, is wanted by a world gone mad, eighteen seems far, far away.

In Unwind, Boston Globe/Horn Book Award winner Neal Shusterman challenges readers' ideas about life—not just where life begins, and where it ends, but what it truly means to be alive. This is a great book for people who feel mistreated or are mistreated. This is also good for people who are looking for a good action/adventure book.

In an America devastated by war and plague, the only way to survive is to keep moving. In the aftermath of a war, America’s landscape has been ravaged and two thirds of the population left dead from a vicious strain of influenza. Fifteen-year-old Stephen Quinn and his family were among the few that survived and became salvagers, roaming the country in search of material to trade for food and other items essential for survival. But when Stephen’s grandfather dies and his father falls into a coma after an accident, Stephen finds his way to Settler’s Landing, a community that seems too good to be true, where there are real houses, barbecues, a school, and even baseball games.

Then Stephen meets strong, defiant, mischievous Jenny, who refuses to accept things as they are. When they play a prank that goes horribly wrong, chaos erupts, and they find themselves in the midst of a battle that will change Settler’s Landing forever.

4. The Barcode Tattoo - Susan Weyn Individuality vs. Conformity Identity vs. Access Freedom vs. Control The bar code tattoo. Everybody's getting it. It will make your life easier, they say. It will hook you in. It will become your identity. But what if you say no? What if you don't want to become a code? For Kayla, this one choice changes everything. She becomes an outcast in her high school. Dangerous things happen to her family. There's no option but to run...for her life. 5. Uglies – Scott Westerfield Tally is about to turn sixteen, and she can't wait. In just a few weeks she'll have the operation that will turn her from a repellent ugly into a stunning pretty.

And as a pretty, she'll be catapulted into a high-tech paradise where her only job is to have fun.

But Tally's new friend Shay isn't sure she wants to become a pretty. When Shay runs away, Tally learns about a whole new side of the pretty world-- and it isn't very pretty. The authorities offer Tally a choice: find her friend and turn her in, or never turn pretty at all. Tally's choice will change her world forever. 6. Glass Arrow – Kristen Simmons Once there was a time when men and women lived as equals, when girls were valued, and women could belong only to themselves. But that was ten generations ago. Now women are property, to be sold and owned and bred, while a strict census keeps their numbers manageable and under control.

The best any girl can hope for is to end up as some man’s forever wife, but most are simply sold and resold until they’re all used up. Only in the wilderness, away from the city, can true freedom be found. Aya has spent her whole life in the mountains, looking out for her family and hiding from the world, until the day the Trackers finally catch her. Stolen from her home, and being groomed for auction, Aya is desperate to escape her fate and return to her family, but her only allies are a loyal wolf she’s raised from a pup and a strange mute boy who may be her best hope for freedom . if she can truly trust him.

style and voice inappropriate or do not address given audience, purpose, etc. **word choice is excessively redundant, clichéd, and unspecific. ***sentences are very unclear.

Date Dear Parent(s) / Guardian(s): The novel entitled _ . Parental permission must be granted in order for your student to read the chosen selection. Please sign the form below, stating whether or not you wish your student to read the designated novel. Thank you for your assistance. Sincerely, Ms. Hinds I ( grant / do not grant) my permission for (Name of Student _ _ to read (Title of Book .

It is understood that an alternate reading assignment will be provided if permission is not granted. Parent / Guardian Signature _ _ 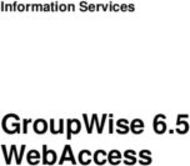 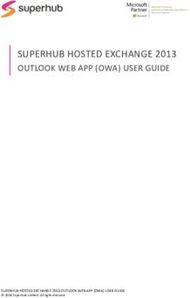 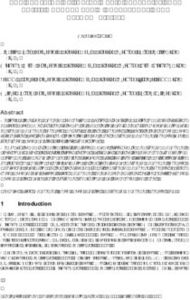 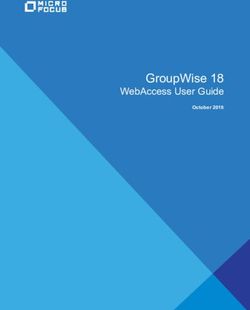 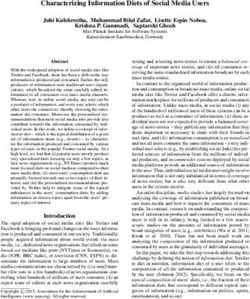 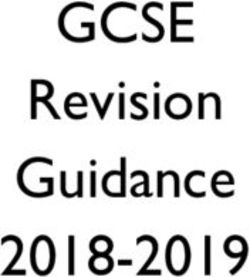 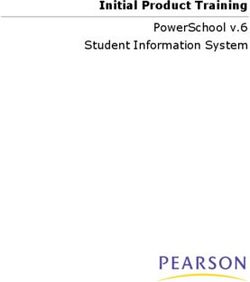 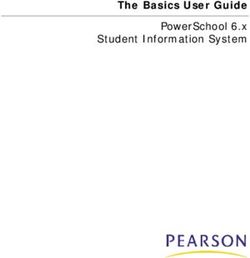 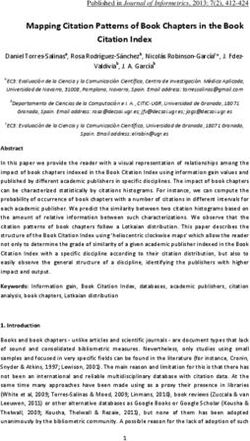 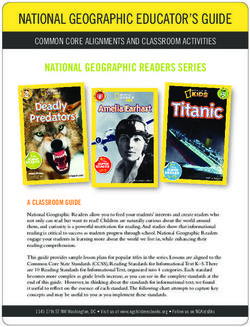 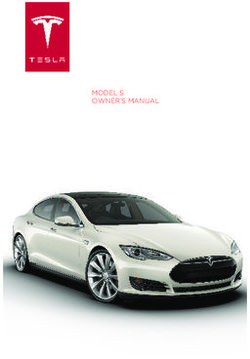 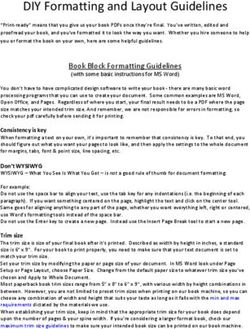 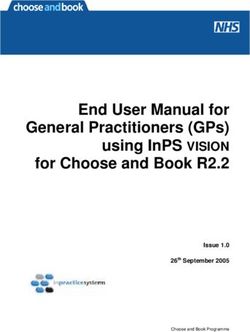 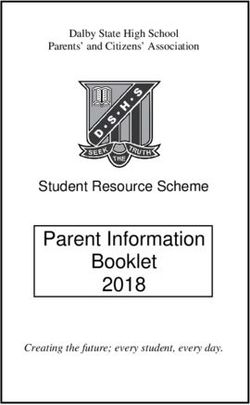