Page created by Lauren Ramos
Click to read more   ☰
If your browser does not support JavaScript, please read the page content below:

From the Commodore... Even an extended, blast furnace-like heat wave couldn’t slow the pace at our club during a fun-filled July. As always, TAYC’s annual Independence Day celebration drew throngs of members and guests for a fabulous fireworks display and scrumptious spread of traditional summer picnic fare prepared by our tireless and cheerful staff! Also, as always (it would seem!), the Battle of the Sexes – a team race pitting three boats of men against three boats sailed by women – saw the men thoroughly trounced by their fairer opponents who, in its history, have yet to relinquish the Suzan Brice Trophy.

Oh well, one of these years...

A packed house for Junior Sailing’s flagship fund raising dinner made the event a smash success. Frenzied bidding on an array of attractive auction items will make possible some much-needed enhancements to Junior Sailing. Heartfelt thanks to attendees, donors, bidders and, of course, Gov. Richard Ward and his team of organizers who did so much to make this year’s event an enjoyable evening for all! And thanks, as well, to members who volunteered for race committee or shoreside duty last week when we hosted the Maryland State Junior Championship.

These sorts of events (high level junior regattas, major one design class championships, etc.) have done much to burnish TAYC’s sterling reputation up and down the Bay and beyond.

I know I must sound like a broken record thanking our volunteers in Tide after Tide each month, but these top-flight events are big projects with lots of moving parts – and simply couldn’t happen without the active and enthusiastic engagement of our members. The next five weeks will bring three more action-packed opportunities for you to get in on the fun as we host the centerpiece events of TAYC’s racing season: Oxford Regatta (Aug 9-11),the William H. Myers Heritage Regatta (Aug 24-25), and NASS/Hammond weekend (Sept 7-8). Please contact Gov. Veronica Wainwright if you’d like to volunteer for race committee, or reach out to Gov.

Karen Singleton if you’re available to help out ashore. We need YOU!

Finally, a quick word of congratulations to TAYC member Charles Robertson who competed recently in the 12 Meter World Championship in Newport, RI. In 2017, Charlie acquired and overhauledFreedom(US-30), designed by the legendary Olin Stephens and skippered by Dennis Conner in his successful 1980 America’s Cup defense. With Charlie at the helm and son Carter Robertson as tactician, Freedom captured 6th place in the Modern Division, just two points behind back-to-back Cup winner Intrepid (’67, ’70).

Those of us with fond memories of the “Twelves” who followed the Worlds from afar all week were thrilled to see a fellow Tred Avon member in the thick of it up in Newport.

I never fail to marvel at the racing exploits and achievements of our members – past and present – that add so much richness to the history and traditions of our club. With all he’s involved with on the water and off, I’m not sure how Charlie found time to mount his 12 meter campaign but I, for one, am grateful that he did!

Leslie had a very extensive and interesting law career in several areas and was also a Gemologist and formally created precious stone jewelry.

Kim began sailing in 2008 at the age of 9 in the TAYC Jr. Sail program and sailed Opti’s until she moved on to 420’s and Laser’s. She was also able to walk on the University of New Hampshire Sailing team in 2007 and represent the school as the #1 UNH women’s skipper which she remained until 2011. Kim and Matt were married at TAYC last June and will be spending the majority of summers in Talbot County. Mariah has sailed in the TAYC Jr Sail program since age 9 and received many awards. 2009 - 2011 she sailed 420’s at AYC. She participated in Collegiate Sailing at St. Mary’s College from 2012 - 2016.

She received All Conference Honors in 2014, two time all American Award in 2015 and 2016, 3rd place College National Team Racing in San Diego, CA in 2016. Mariah was also Level 1 Sailing Instructor for US Sailing and Jr. Sail Director at Miles River Yacht Club in 2016. In 2017 she came back to the TAYC Jr Sail Program where she worked as an Instructor. In 2017, 2018, and 2019 She was a sailing coach at Portsmouth Abbey School in Bristol. RI. All while receiving her BA from St. Mary’s College. If you know someone who is interested in joining our club, please have him or her contact our Membership Chair, Mike Rust at rust@alrwlaw.com

FOS News It seems like we are totally out of sync with the weather gods for late June and early July since we had missed several days of Monday Night FOS Racing. Either no wind, threatening thunderstorms or too much wind, but we’ll keep trying! New members Patrick and Aranza Murphy came down for an impromptu group sail in good wind. Call me - Peter Galloway at 203-209-3009, if you want to get familiar with the boats. On Saturday, July 6th we held the Annual FOS Battle of the Sexes or the Suzan Brice Memorial Regatta. There were southernly winds starting at about 4-6 knots and building to 7-9 knots - perfect conditions.

Starts were aggressive and a few penalty turns ensued (I won’t mention by whom). One again, the ladies trounced the men. In fact, they not only finished first in all five races, their cumulative total for each race was scored 4 to 1 in their favor. The victorious ladies were represented by Meredith and Sarah Watters, Elizabeth Wainwright and Anne Walker., Jane O’Mara and Katrina Greer. The hapless men were Ken Davis and Mac Sommerlatte, Philip and Tilghman Logan, Peter Galloway and Geoff Holmes. Better luck next year guys. From what I understand, Suzan would have been very proud of the women’s competitive spirit and she would have loved the trophy, a painting by Polly Cox of the Opti’s off our docks.

Thanks to PRO Bob Roe and his team; Pat Shehan, Polly Cox and John Watters with grandson fleeter Kai Watters. Kai sailed with grandmother and aunt for the victory lap.

As a reminder, the FOS Championship is scheduled for Saturday, August 3rd which will be followed by our picnic. Particulars will be announced later. Please email me at pgall@att.net if you would like to race and attend the picnic. As a courtesy, please take care to put the boats away properly after each use and check for water in the bilges before departing the dock. Also, please advise me of any breakdowns or issues so the maintenance team can stay on top of it. See you at FOS! Peter Galloway, FOS Chairman

Jr. Sail News July was a great month for the TAYC Jr.

Sailing Program. The program hosted a 20th Reunion, participated in the Jr Sailing Olympics, and hosted the Jr. Sailing Regatta and Maryland State Championships! On July 13th the program hosted a sold out Jr. Sailing fundraiser themed 20th Reunion. The 20th Reunion honored and recognized all those who have been a part of the Jr. Sailing program from coaches, instructors, committee members, and leaders. MC Sandy McAllister and Governor Richard Ward enticed the audience into a record “giving” evening at the live auction, as well as at the full table of silent auctions items. What great momentum going into the completion of the program’s 2019 season and heading into 2020.

Thank You for making the Jr. Sailing Fundraiser a Success!

Credit: Deadrise Marine Photography Jr. Sail News cont. On July 16-18, 21 little boats from TAYC, along with 5 coach boats, participated in the Jr. Olympics in Lewes, Delaware. The team participated in a clinic on Tuesday and then sailed in the regatta on Wednesday and Thursday. Lewes Yacht Club always puts on a great regatta and you will notice, this is a regatta that lots of parents try to go to. The club is located on a big white sandy beach and has a wonderful swimming pool with a bar and lunch window. Parents usually park themselves on the beach for the day. At night, we go into the cute town for a great dinner.

This year, we even corralled the whole team for a group dinner with 40 parents, sailors and coaches at a restaurant called Fish On. The wind at Lewes is usually very heavy and with the waves and current, it makes for a tough regatta for our sailors. Even though conditions are usually tough, it’s our most fun venue, so most of our sailor subscribe to this regatta! -Holly Greene Green Fleet launching Coaches Josh and Joanna with their Green Fleet Luca DeSimone took 2nd place in Blue Fleet Ava Arepally came in 3rd Red Fleet Coaches Sophie and Edgar with their Opti RWB Team Philip Ralph in 2nd and Jack O’Donnell in 3rd place in Lasers Coach Gloria and her 420 team

Oxford Regatta Trophy Presentation at Harleigh Sunday, August 11, 2019 1630 hrs - Grounds open at 1600 There will be onshore and offshore tender service provided. So come by land or water knowing that you will have a ride to the presentation from your car or boat. On behalf of the Chesapeake Bay Yacht Club, the Akridges again welcome members and regatta participants to Harleigh for the Oxford Regatta Trophy Presentation following racing on Sunday, August 11 at 1630 hrs. Parking will be available beginning at 1600 hrs. Tender service will be available for those who come by water. There is an ample mooring area in front of Harleigh and the channel will be marked with 2 red and 1 green markers.

For those travelling by land, we ask that you fully cooperate with the parking attendant. Everyone is asked to use the entrance at Millwood (NOT Harleigh service lane) which, coming from Oxford, is located about 1/2 mile before Trippe Creek Bridge. The main entrance will be closed. The entrance will be clearly marked by crossed burgees of the Chesapeake Bay Yacht Club and the Tred Avon Yacht Club with the American Flags in the center. The attendants will guide you to one of the two parking areas; one for vehicles with trailers, and another for cars. Shuttles will be available from both areas for those requiring assistance.

If you require additional special assistance, please ask one of the parking attendants.

The swimming pool, with lifeguards, will be open for 45 minutes after the ceremony concludes. Remember - Coat and Tie required! Grounds open at 1600 hrs 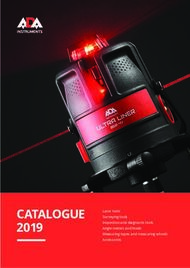 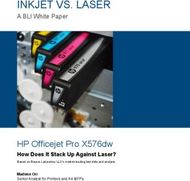 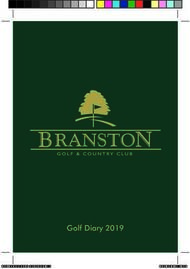 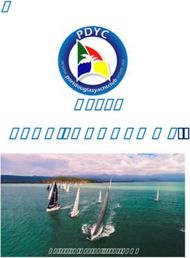 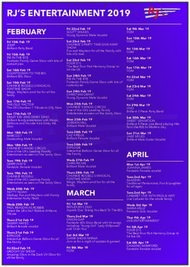 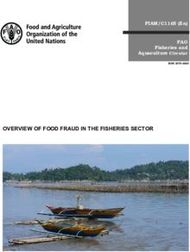 OVERVIEW OF FOOD FRAUD IN THE FISHERIES SECTOR → 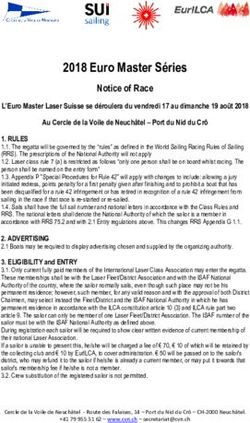 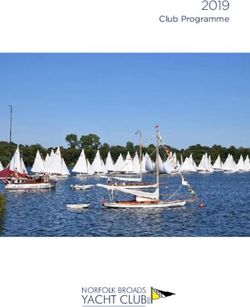 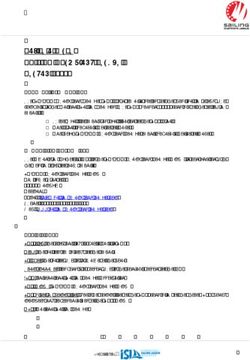 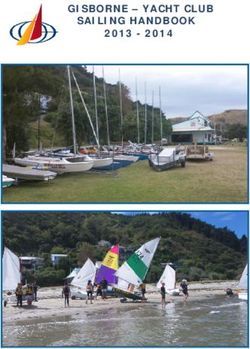 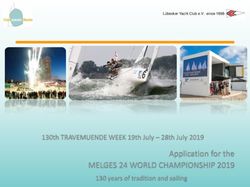 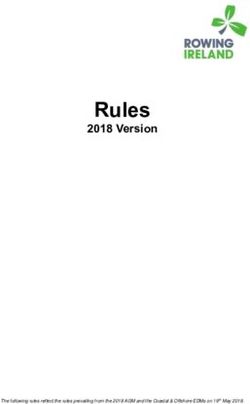 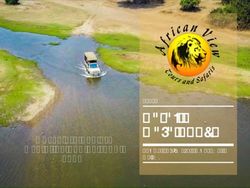 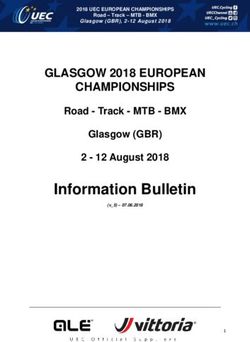 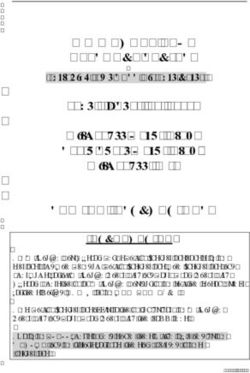 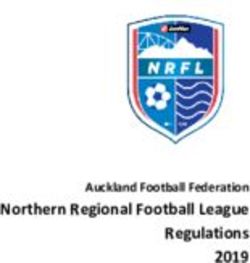