Outside t he law: Friends of the Cabildo News

Page created by Elaine Williams
Click to read more →
If your browser does not support JavaScript, please read the page content below:

H istorians have discovered large amounts of information regarding the legal slave trade and New Orleans as the most important slave trading market in the United States during the Antebellum period. However, the illicit slave trade supported by privateers, pirates and businessmen is less understood. Despite the banning of importing slaves by the federal government in 1808, a huge market for slaves existed in Louisiana. These networks provided access to cheaper slaves without documentation. Privateer Jean Lafitte and Jim Bowie are just two of the most well-known names associated with this trade network.

This year’s symposium will explore the illicit slave trade and the importance of Louisiana and the Gulf South to the Atlantic Slave Trade. For a complete schedule of this year’s symposium, see page 3. Tickets: $80 FOC Members, $90 General Admission and include both Friday and Saturday presentations. Tickets are limited. For more information or to purchase tickets, visit friendsofthecabildo.org or call the FOC office at 504.523.3939. Friends of the CabildoNews Volume 180, December 2016–January 2017 friendsofthecabildo.org PIRACY AND THE ILLICIT SLAVE TRADE Outside t he law: FRIENDS OF THE CABILDO 2016 SYMPOSIUM | FRIDAY, DECEMBER 9 & SATURDAY, DECEMBER 10

Page 2 friendsofthecabildo.org Celebrate the holidays with the Friends of the Cabildo! Join us for a self-guided tour of five of the French Quarter’s most cherished properties adorned in traditional Creole Christmas finery. Featured on the tour are the 1850 House Museum, the Gallier House, Beauregard-Keyes House, the Historic New Orleans Collection’s Williams Residence and the Spring Fiesta House. Your Creole Christmas tour experience includes an entertaining presentation of Reveillon traditions and their Creole origins at the Spring Fiesta House as well as an array of delicious holiday refreshments.

Second Thursday Lecture Series Old U.S. Mint, 400 Esplanade Ave. 6 p.m.–8 p.m. Free and open to the public. Thursday, December 8 Archivist Howard Margot Howard Margot is a native and tenth-generation New Orleanian, and an alumnus of the University of New Orleans, Louisiana State University, and Tulane University, where he earned a master’s degree in French literature and linguistics; he also attended the École des Beaux-Arts in Nîmes and the Institute of Political Studies in Paris. Since 2001, he has been working as an archivist, first at the New Orleans Notarial Archives and since 2006 at The Historic New Orleans Collection, where he is also a curator of several of THNOC’s online databases, including the Vieux Carré Survey and Surrey Calendar.

He is also the lead consultant on the Louisiana State Museum’s project to put its French Superior Council and Spanish Judicial Records online. While his passion is poring over and translating the French and Spanish manuscripts of colonial Louisiana, his primary responsibility these days is helping archives to “go digital.” Thursday, January 12 Keith M. Plessy Check friendsofthecabildo.org for more information.

He is a member of The Museum Group, a national consortium of senior museum consultants. His experience includes serving for 18 years as Director and CEO of the Grand Rapids Public Museum, where he was responsible for all aspects of operations and saw the institution through a period of significant growth and expansion, including the planning, fundraising and construction of the $42 million Van Andel Museum Center.

During his tenure, he oversaw the completion of a $20 million collections research and storage facility and finalized plans for the museum’s transition to governance by a single nonprofit board with a $40 million endowment fund. Prior experience includes serving as assistant director of the Grand Rapids Public Museum and associate director for collections at the Louisiana State Museum. Louisiana State Museum names interim director Timothy Chester, the LSM’s newly appointed interim director, stands beside a captain’s costume from the Krewe of Proteus. The ninth captain of Proteus — the only person who ever wore this costume — did so annually during his reign of nearly 25 years.

The book is more-or-less a companion to Long’s larger book on Marie Laveau, “A New Orleans Voudou Priestess: The Legend and Reality of Marie Laveau,” which is also excellent. It has all of the elements that I love about her work ­ — a lucid, readable prose style built on meticulous research. Plus, this is my favorite kind of book for both tour guides and casual readers — concise. In shorter books like this, the information is by necessity lean and delivered in such a way that it translates easily for the stories that guides need to tell. For the more casual reader, it’s just enough information to get a basic understanding of the subject without making the eyes glaze over.

The focus of the book is the tomb, but Long starts with a background on Laveau herself and about voudou in general. Her tomb is the major draw in St. Louis Cemetery #1. It has been the victim of extensive vandalism and continues to be the subject of fabrications too numerous to track. Long unravels much of that as she covers the tomb, its history and ownership, detailing who is buried there and any known relationship to the Laveau-Glapion family. She also discusses another tomb and wall vault owned by the family and debunks the association with Laveau of two other defaced tombs in the cemetery.

Long even covers the origins of the notorious triple-X markings. I’ll read almost any book about New Orleans, but purchase only a fraction of those that I read. This one’s on the short list. —Dave Thomas Recommended Reading features great reads available at the 1850 House Museum Shop

Jewelry by Julie Vos New York-based designer Julie Vos is the woman behind her namesake brand.

Handcrafted in 24-karat gold over brass, each piece expresses a sophistication that is classically inspired, yet thoroughly modern, and designed to be as comfortable as it is beautiful. William Spratling Silver Designer William Spratling, known as the founder of the modern Mexican Silver movement, boldly combined Art Deco and Pre-Columbian motifs in jewelry and tableware design, which are still handmade from the Spratling estate in Taxco el Viejo, Guerrero, Mexico. In 1921, he was offered a position at Tulane University’s School of Architecture. At the same time, he was an active participant in the Arts & Crafts Club and taught in the New Orleans Art School.

Page 6 friendsofthecabildo.org Treme History Sunday, December 18 | 10 a.m. Saturday, January 7 | 10 a.m. The Friends of the Cabildo walking tour of Treme provides a rich, detailed perspective on one of the city’s oldest and most storied neighborhoods.

Originally known as “back of town,” the old Creole feel of Treme makes it easy to imagine the early 1800s multicultural community formed by immigrants, free people of color, and refugees from SaintDomingue. An important center of the city’s African-American and Creole culture, Treme is the cherished home of fourth and fifth generation residents who strive to maintain the area’s cultural and social traditions. We will trace the origin and development of Treme through the amazing nineteenth century architecture (including Creole cottages, townhouses, and shotgun houses), geography, and urban influences dating from the subdivision of this land by Claude Treme in the 1790s to the present day.

Meeting Location: Basin Street Station (501 Basin Street) Creole Neighborhoods (Formerly Marigny/Esplanade) Wednesday, December 7 | 10:30 a.m. Wednesday, January 11 | 10:30 a.m. Tuesday, January 31 | 10:30 a.m. Did you know that New Orleans used to have streets named “Love,” “Craps,” and “Good Children?” These fanciful names were designated by the colorful Bernard de Marigny when he subdivided his plantation in the early 1800s to form the city’s first primarily residential subdivision, Faubourg Marigny. Join us as we explore this fascinating area adjacent to the French Quarter. Listed on the National Register of Historic Places, and a citydesignated historic district, Faubourg Marigny has many well-preserved nineteenth century Creole cottages, a style popular with immigrants from SaintDomingue, Creoles and free people of color who flocked to the new faubourg.

We will also tour Esplanade Avenue, originally the site of fortifications built by the French and Spanish colonial governments, was transformed after the Louisiana Purchase to a grand European-style boulevard with palatial townhouses and mansions flanking a wide neutral ground with stately live oaks. Meeting Location: Old U.S. Mint (Esplanade Avenue Gate) Irish Channel Saturday, January 21 | 10 a.m. Most New Orleanians have enjoyed a sloppy roast beef poboy at a legendary Irish bar off Magazine Street, or caught cabbages, potatoes and carrots at the annual St. Patrick’s Day Parade. But not everyone has stopped to consider the history of the immigrant populations who lived and worked near the docks along the Mississippi River, their culture and traditions forming the foundation of the area we now know as the Irish Channel.

The Friends of the Cabildo’s Irish Channel Tour explores this diverse home of working class immigrants, natives and free people of color. From famous churches to Irish bars, unique architecture, famous historic figures and notable festivals, the Irish Channel Tour reveals the many facets of this neighborhood beloved by locals and visitors alike.

Meeting Location: St. Vincent’s Guest House (1507 Magazine Street) Tours Neighborhoods and Cultures Put on your best walking shoes, bring a bottle of water and a good camera, and join us for an FOC special walking tour! Tickets are limited to 15 spots for each tour, and no tickets are sold the day of the tour. Don’t miss out. Reservations are required. To purchase tickets online visit friendsofthecabildo. org or call the FOC office at 504.523.3939. Members $20 Non-members $25

Join us for this unique and popular tour! Meeting Location: Old U.S. Mint Barracks Street Gate (across from Louisiana Pizza Kitchen) Lower Garden District Sunday, January 8 | 10 a.m. Nineteenth century residential life in New Orleans comes alive through the Friends of the Cabildo Lower Garden District Tour! The district’s extensive collection of 1800s residences—primarily side hall, double-galleried homes in the Greek Revival and Italianate styles—will capture your imagination with both the romance and realities of life in these grand homes in the age before modern conveniences. Bounded by the Mississippi River Bridge, the Mississippi River, Jackson Avenue, and St.

Charles Avenue, the Lower Garden District was developed as six different faubourgs, and it is known for its many irregularly shaped parks. You will gain a new understanding of the history and culture of the area through a review of its architecture, geography, and famous residents.

Meeting Location: Muses Statue at Prytania and Terpsichore Streets South Market District Saturday, December 3 | 10 a.m. A booming area of revitalization at the intersection of the Central Business District, Medical District, and the sports/entertainment corridor of downtown, the South Market District is experiencing a renaissance placing it squarely in the up-and-coming areas of the city. But what was the historical significance of South Market before the construction projects? What are the stories behind the buildings being redeveloped as apartments, condominiums, hotels, and restaurants? Join the Friends of the Cabildo as we examine the fascinating mix of adaptive reuse, historic preservation, and new construction in the “Old CBD.” This unique tour of rapidly transforming South Market will provide a snapshot of techniques used to resurrect this district while preserving its historic character.

Lunch with Friends This year’s Walking Tour Guide and Volunteer Holiday Luncheon will be held Monday, December 12 at Ralph’s on the Park, 900 City Park Ave. The cost is $30 per person, including tax and tip. Please RSVP by December 5 via email to rachel@ friendsofthecabildo.org or call the FOC office at 504.523.3939. Hope to see you there! holiday gatherings 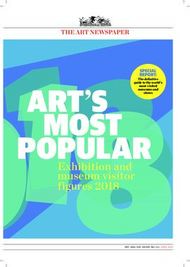 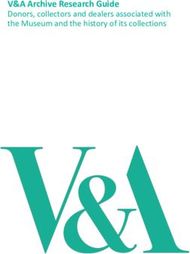 V&A Archive Research Guide - Donors, collectors and dealers associated with the Museum and the history of its collections → 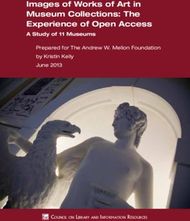 Images of Works of Art in Museum Collections: The Experience of Open Access → 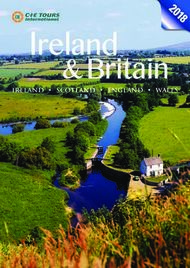 For 72 years, these curated tours have provided a rare glimpse into the private houses and gardens of Charleston, SC. → 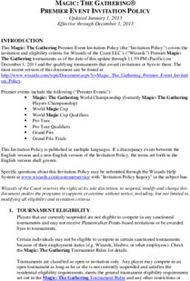 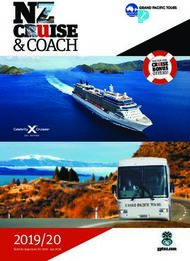 CRUISE BONUS - OFFERS! ASK FOR OUR → 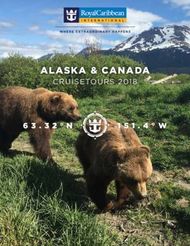 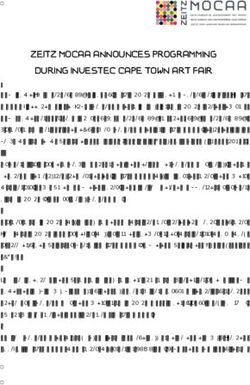 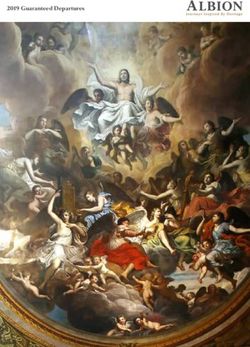 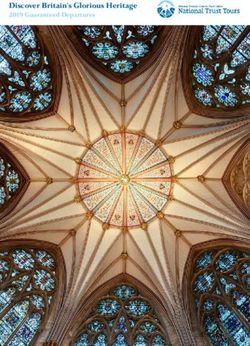 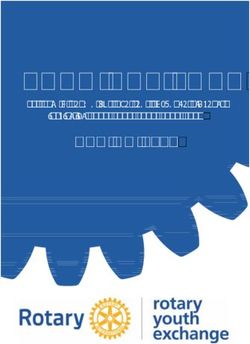 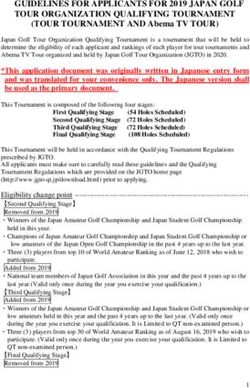 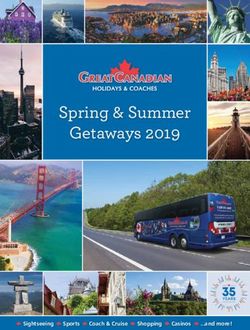 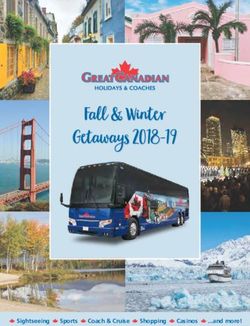 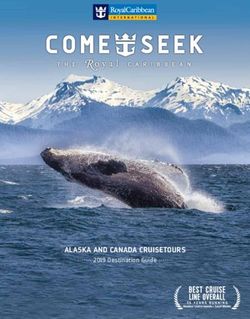 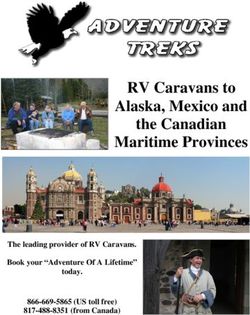 RV Caravans to Alaska, Mexico and the Canadian Maritime Provinces → 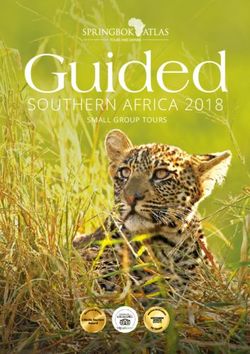 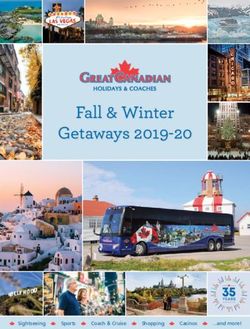 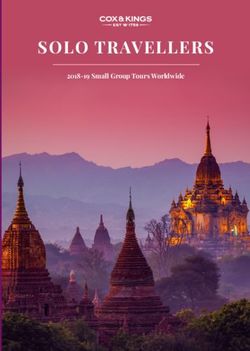 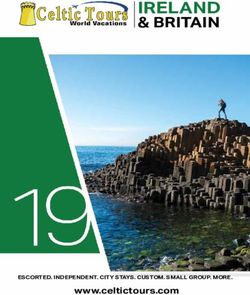 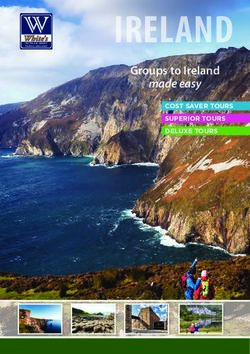 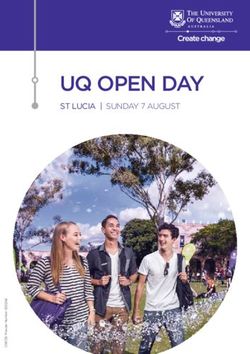 UQ OPEN DAY - ST LUCIA SUNDAY 7 AUGUST →
Share this page with your friends
Select All
Embed this page to your web-site
Select All
Next part ... Cancel
Error occurred
Please sign in for this action