Page created by Alan Dominguez
Click to read more →
If your browser does not support JavaScript, please read the page content below:

PARKS AND RECREATION FY2004-2010 Capital Improvement Program 35 PARKS AND RECREATION FY2004-2010 1. BACKGROUND ISSUES The population of Wake County has grown by 48 percent since 1992. This dramatic growth, coupled with the changing demographic makeup of the county, has increased demands on recreation facilities and services. Wake County has many different agencies involved in the provision of park and recreation facilities and services. These include twelve municipalities, two state agencies, one federal agency and numerous private entities.

In Fall 2002, staff completed a two-year master planning process to ascertain the facility needs across the county and to define county government’s role in meeting those needs. Based on this process, along with a comprehensive inventory of existing facilities, a Wake County Parks and Recreation Master Plan (Plan) was produced. The Plan represents a thorough examination of the state of leisure in the county. In addition, the role of Wake County in the provision of leisure services is more clearly defined. The Board of Commissioners approved the master plan in October 2002.

The second role of the County is to provide leadership in cooperating and collaborating with partners in the provision of other types of recreational opportunities.

The 2002 Wake County Parks and Recreation Master Plan (Plan) identified many deficits in the area of active recreation facilities (i.e., ballfields and swimming pools). Building and programming parks with more active athletic complexes and aquatic centers has been determined not to be a key responsibility of the County. However, partnering with other agencies in planning and encouraging the development of these facilities continues to be the County’s role. The foremost example in fulfilling this second role is the unique relationship the County maintains with the Wake County Public School System (WCPSS) in developing community school parks.

Through this successful partnership 19 community school parks have been completed and another 12 school parks are in the planning or construction phase. The County has successfully partnered with Capital Area Soccer League (CASL) and Time Warner in the development of the SAS Soccer Park. Cedar Fork District Park was also developed through a partnership with CASL. Developing parks and recreation through partnerships is the primary approach the County has initiated to reduce the deficits identified in these categories of facilities in the Wake County Parks and Recreation Master Plan.

Another separate, yet closely related component is the Consolidated Open Space Plan. This plan includes land acquisition and conservation easements for future greenways. A description of the context, progress, and future plan for the ongoing Open Space Preservation initiative is contained in a separate element in this CIP entitled Open Space. Open Space has a more direct focus on achieving water quality outcomes, reducing risks to people and property in flood zones, protecting biological diversity, and providing places for passive recreation. The Consolidated Open Space Plan in conjunction with the Growth Management and Watershed Management Plans recognize the value of green infrastructure including forests, greenways, parks, meadows, fields, wetlands, floodplains, and other relatively undisturbed areas.

PARKS AND RECREATION 36 FY2004-2010 Capital Improvement Program of the use of bond funds to support preservation and land acquisition efforts. 2. PROGRAM & FACILITY GOALS As outlined in the 2002 Master Plan, the citizens of Wake County benefit from a thriving parks system through a healthier environment, increased social interaction, and tourism opportunities yielding economic benefits. Toward this end, the County's capital investment supports the infrastructure of parks and recreation resources countywide with a focus on achieving the following operational goals:


3. COMPREHENSIVE PLAN The Parks and Recreation Master Plan (Plan) provides guidance to the Board of Commissioners in appropriating capital funds for specific projects. The master plan process included preparing comprehensive inventory of all park and recreation programs and facilities open to the general public across Wake County. In addition, it included the development and application of locally generated standards to forecast facility and acreage deficits. The published plan represents a multi-faceted approach to meeting parks and recreation needs across the county, while being mindful of the role of county government in the provision of services and facilities.

Key recommendations of the plan include:


Collaborate with municipalities, school system, non-profit groups, and the private sector in striving to meet the parks and recreation needs of the citizens of Wake County. 4. SEVEN-YEAR CIP PROGRAM SUMMARY The Parks and Recreation Master Plan uses per capita standards for facilities (ballfields, courts, picnic shelters) or acreage standards to project the need to expand the parks and recreation system over the next seven years. The estimated cost to make all facility improvements outlined in the referenced plan is approximately $56 million (in 2004 dollars). There are many challenges to estimating costs associated with this plan.

First, each project is different, with unique problems and complexities. While past projects can be used as models, costs vary drastically depending on specific site issues including slope, soil condition, accessibility and so forth. Many of the projects listed herein do not have a preliminary site master plan. Once a preliminary site plan is developed a better cost estimate can be made. The composition of capital investments in parks and recreation improvements is influenced heavily by the capacity to incur new debt while supporting competing capital needs in other areas (open space, libraries, schools, and criminal justice).

Even though the Parks and Rec-

PARKS AND RECREATION FY2004-2010 Capital Improvement Program 37 reation Master Plan was recently approved, the seven-year capital plan for park improvements funds selected projects totaling $28.3 million. This funding is dependent on the successful passage of a bond referendum in Fall 2006, yielding at least $10 million for park projects from FY2008- 2010. The current plan also contains $17.7 million of pay-as-you-go County funding. In addition, the plan includes $600,000 from the federal government revenue for the American Tobacco Trail. Land dedication, private funding, and partnering will play essential roles in the realization of the long-term implementation of planned capital improvements.

Therefore, the 2002 plan emphasizes increased cooperation with the development community, other County departments, the school system, municipalities, private businesses, and federal and state agencies. Consistent with the County's defined role in the area of parks and recreation the following projects are included in the seven year CIP: Completion of Yates Mill County Park; Phase II of American Tobacco Trail will be completed; Land will be acquired and Phases I and II of new Southeastern County Park will be completed; Completion of Phases II, III and IV of Harris Lake County Park; Finalize land acquisition and Phases I and II of Little River County Park; Various small improvement projects to existing County and school parks; Partnerships with the school system and others on 19 new community school parks.

5. PROJECT ACCOMPLISHMENTS IN FY2003 In FY2003, several project improvements were accomplished, including the following: Community School Parks The County partnered on the following projects:

PARKS AND RECREATION 40 FY2004-2010 Capital Improvement Program New community school parks will require additional maintenance resources. The school system has assumed full responsibility for program/scheduling costs and generally recover their costs through collection of user fees. Maintenance costs will be negotiated between the various partners involved in the development of school parks. The County’a goal is for the nearest municipality or the school system to maintain school parks. 9. RELATIONSHIP TO OTHER PLANS The 2002 plan was developed in consideration of municipal, private, nonprofit, and school system plans for park facility development over the next 10 years.

Elements of the 2002 plan are coordinated with other projects included in the County's Capital Improvement Plan. 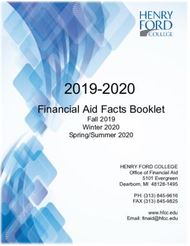 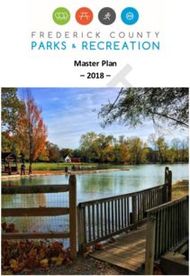 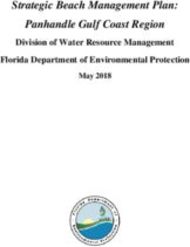 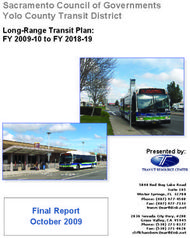 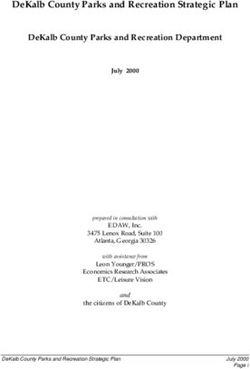 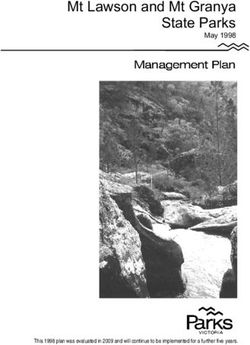 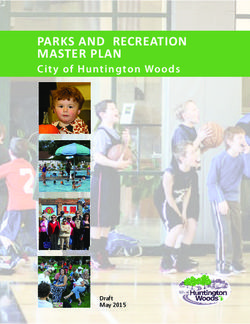 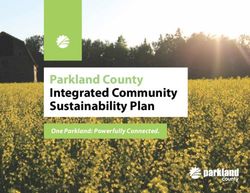 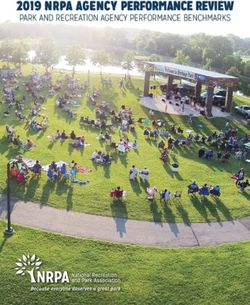 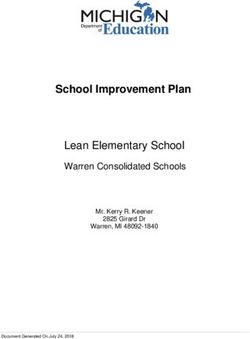 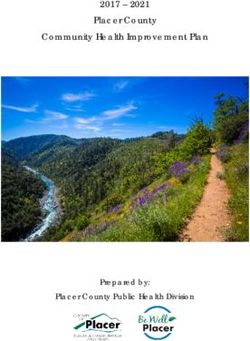 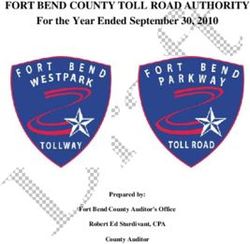 Our History and Government → 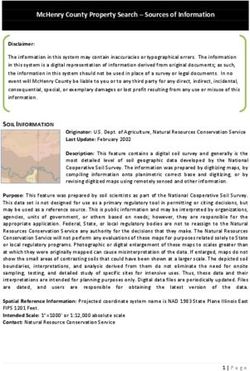 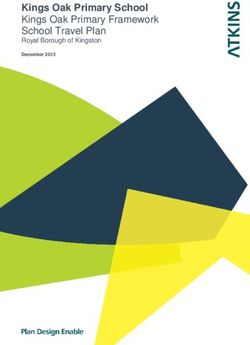 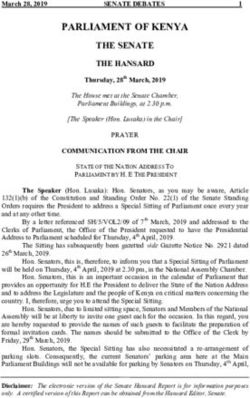 PARLIAMENT OF KENYA - THE SENATE - THE HANSARD →

Supported in partnership by the Rural Health Network of South Central New York, Tioga Opportunities, Inc. and Tioga County Public Health →
Share this page with your friends
Select All
Embed this page to your web-site
Select All
Next part ... Cancel
Error occurred
Please sign in for this action