There are different competitions within FMNC; following are the generic rules which apply to them all as well as specific rules for the various

Page created by Joshua Navarro
Click to read more →
If your browser does not support JavaScript, please read the page content below:

FOOTBALL MID NORTH COAST COMPETITION RULES V13 2018 Page 1 of 39 These regulations are to be read in conjunction with the FFA Statutes and the FFA National Registration Regulations. Club officials should also have an understanding of the FFA Disciplinary Regulations, Grievance Resolution Process, and the National Code of Conduct. FMNC and its members are bound by these regulations and procedures. There are different competitions within FMNC; following are the generic rules which apply to them all as well as specific rules for the various competitions.

The various competitions are; 1.

These Rules supersede all sets of Competition Rules that were in use within Football Mid North Coast prior to 2019 – changes for 2019 are highlighted Where an area is not specifically addressed, FIFA rules will apply In all matters in regard to these Competition rules the Board of Football Mid North Coast reserves the right to change, amend and/or interpret them as they see fit to ensure the smooth running of any competitions under its control.

A technical area for each team must be designated for all competitive age games. The technical areas are to be on the same side of the field, equidistant from and on either side of half way. The bench may include up to five players and three officials. Only players able to take the field may be substitutes on the bench. Only registered Officials are allowed into the bench/technical area.

There is to be no stoppage time played in any FMNC fixtures excluding Premier League First Grade. However, in the event of an on-field incident requiring an ambulance, if less than 60% of game time has been played, the competition

Leading Goal Scorer Award (Premier League) At the end of all the home and away fixtures of the First Grade competition, the player who has scored the most number of goals in that competition will be honoured by being presented with a Golden Boot award. Full Strength in a Fixture A Club is required to field its best team available at all times when competing in fixtures. Premier League home team program To enable a Home Club to produce a program for its Home fixtures, a visiting Club shall provide the Home Club, by noon on the Friday before the fixture, a list detailing its players/officials.

A Club Official, Team Official, Zone Official, Federation Official may send in a written report to the Zone on the performance of a Referee during a fixture.

In the event that a bye already exists in a competition, a redraw of the remaining rounds will be carried out to avoid having two byes per round. Playing Down Any request for a player to do so must be in writing from a Club Secretary and include all relevant facts to be considered. Requests on medical grounds to be accompanied by a Doctor’s Certificate. The request would then be considered, and the decision would be at the sole discretion of the Competition Administrator. A Team playing an OVER-AGE player in an Age Grade Competition Fixture without the prior approval of the Competition Administrator shall be ineligible for points associated with that fixture.

The player will be deemed an ineligible player..

FMNC reserves the right to re-assign any team to its correct age group competition to protect the integrity of its competitions. HOWEVER, PLEASE NOTE:- No player may change teams on a permanent basis after the 30th June each year under any circumstances (see Rule “Registration of a Player p9”). Playing up on a Casual Basis Junior Competitive During the season, a player may play up on a temporary basis for an unlimited number of games. A player may play up with more than one team in any age group. On all occasions, the player playing up must have his original team marked beside his name on the Team Sheet.

A junior player must not play more than 2 years up without a risk assessment from the club coaching co-ordinator and the written permission of the parent/s or guardian.

Mass Walk-Offs A Team causing a fixture to be terminated before its natural conclusion through a “Mass Walk-Off or refusal to allow play to continue, shall be deemed to have committed serious misconduct against the Zone and a forfeit shall be awarded to the opposing team. The Offending side will be referred to the competition administrator for Disciplinary action. Matches Played outside Normal Zone Competitions Trial Matches Clubs need to obtain permission from the competition administrator before they may conduct or participate in any trial match.

Social Fixtures Clubs need to obtain permission from the Zone Administrator before they may conduct or participate in any social match, eg.

Clubs or teams visiting the area. Six a Side Clubs need to obtain permission from Northern NSW before conducting any type of tournament (including six a side) of any duration. Coaching Clinics Clubs need to obtain permission from the Zone Administration before they may conduct a Coaching Clinic at their Club. Cancelled Fixtures The Competition Administrator, in consultation with the Zone Executive, has the authority to declare a fixture or round of a competition “a cancelled fixture(s)” In the event of a fixture or round being declared “Cancelled”, no points or goals will be allocated to either (any) team.

Declare a “cancelled game” for any fixture(s) not played as per the scheduled competition draw. Any matters relating to wet weather and playing of deferred fixtures not specifically mentioned in these rules will be decided by the Competition Administrator at his/her absolute discretion. Eligible Player for Final Series Junior Competitive Subject to any disciplinary restriction on a Player, a Registered Player of a Team is an Eligible Player to compete in their Team’s Finals Series Fixtures. Such Registered Player of a Team may not be nominated as a Reserve or left out of

FOOTBALL MID NORTH COAST COMPETITION RULES V13 2018 Page 22 of 39 their Team to allow a Player from another Team to take their place in any Finals Series Fixture without the prior written permission of the Zone Association.

Should a Non-Registered Team Player of the Team be used in this circumstance without obtaining the permission of the Zone Association, such Player will be declared an INELIGIBLE PLAYER. A Member Club may seek special dispensation regarding a Player’s eligibility by applying in writing to the Zone association.

In all Grand Finals played under the control of FMNC there will be a maximum of eighteen medals or any other style of trophy including one each for one coach and one manager supplied for each participating team. 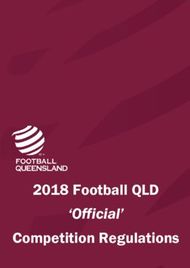 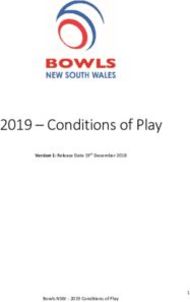 There are different competitions within FMNC; following are the generic rules which apply to them all as well as specific rules for the various → 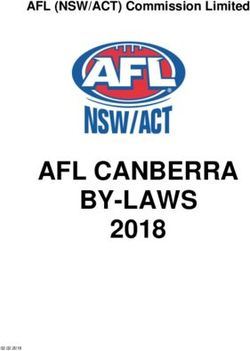 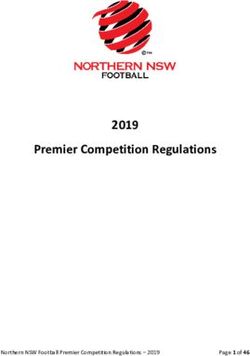 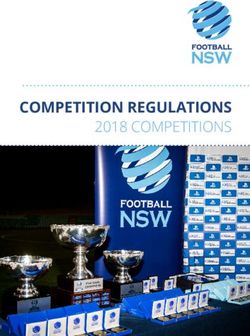 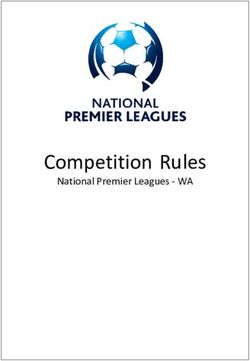 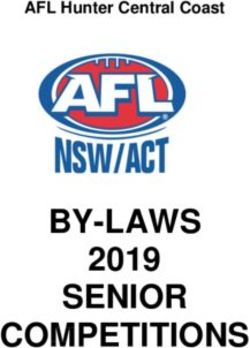 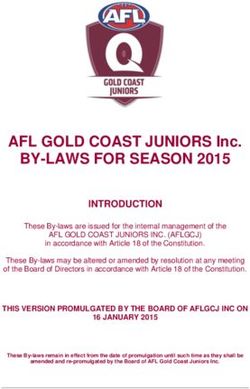 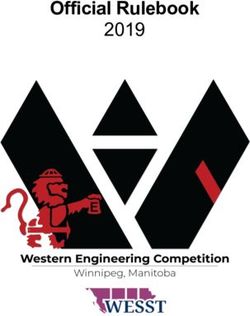 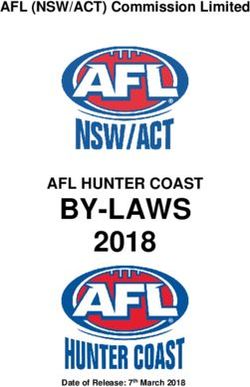 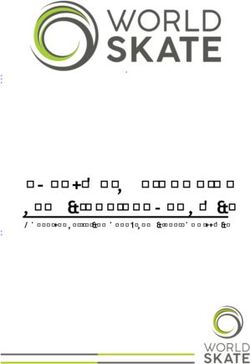 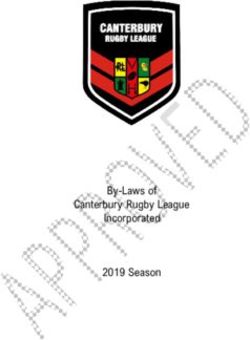 By-Laws of Canterbury Rugby League Incorporated →
Share this page with your friends
Select All
Embed this page to your web-site
Select All
Next part ... Cancel
Error occurred
Please sign in for this action