Page created by Warren Cortez
Click to read more   ☰
If your browser does not support JavaScript, please read the page content below:

Internal Nominating Procedures: 2018 Youth Olympic Games 3 4 – INTRODUCTION This document outlines the procedures to be used by Wrestling Canada Lutte (WCL) for determining the athletes, coaches and staff that will be nominated to represent Canada at the 2018 Youth Olympic Games (YOG) in Buenos Aires, Argentina. 2 – DECISION MAKING AUTHORITY The High Performance Director (HPD) is responsible for the development and implementation of a selection process that is fair and equitable for all candidates. All team nominations will be reviewed by the High Performance Advisory Committee (HPAC), with final team selection being at the discretion of the HPD. Where possible, the HPD will make all efforts to seek consultation from the International Coach, NextGen coaches, and personal coaches. The High Performance Manager (HPM) will assist the HPD in ensuring that the process outlined in this document is properly followed. < – QUOTA SPOTS The following weight classes will be contested at the 2018 Youth Olympic Games:


These Internal Nominating Procedures shall apply if additional quota spots become available. *NOTE: WCL is not sanctioning participation in Greco-Roman Wrestling. > – ATHLETE ELIGIBILITY In order to be considered by WCL for nomination to the COC for team selection, all athletes must meet the following requirements at the time of qualification and nomination, and maintain these requirements through the completion of the 2018 Youth Olympic Games: o Be a Canadian citizen (this refers to Rule 41 of the Olympic Charter). o Have a valid Canadian passport that does not expire on or before April 19, 2019.

o Be in compliance with all relevant UWW, COC, IOC, and WCL requirements for eligibility. o Be a member in good standing of Wrestling Canada Lutte.

Internal Nominating Procedures: 2018 Youth Olympic Games 4 Along with fulfilling the eligibility requirements of WCL, athletes once nominated to the COC, must also fulfil the requirements of the COC, United World Wrestling and the IOC in order to be eligible for team selection. ? – FUNDING All athletes and the allocated support team will be 100% COC-funded for Games. @ – PROVISIONAL TIMELINE SUMMARY May 25-27, 2018 2018 Cadet Pan American Championships May 31, 2018 Athletes and staff to be notified by WCL of their nomination to COC June 6, 2018 Acceptance of Nomination by athlete and coaches June 8, 2018 YOG Wrestling Team training, competitive, and administrative obligations August 28, 2018 Nomination by WCL of athletes and coaches to the COC Submit signed COC Athlete Agreement and Organising Committee (OCOG) Conditions of Participation Form **NOTE: All dates and locations are subject to change.

C – STAGE 2: 2345 CADET PAN AMERICAN CHAMPIONSHIPS At the 2018 Cadet Pan Am Championships, Men’s Freestyle (FS) winners will automatically be qualified to represent Canada at the 2018 Youth Olympic Games, however, if there are more than two (2) qualified athletes in FS, the HPD, in consultation with the International Coach, NextGen coaches, and athlete’s personal coaches, will make a recommendation for team nomination based on previous performance to the HPAC for review.

Internal Nominating Procedures: 2018 Youth Olympic Games 5 For Women’s Freestyle (WW), qualification can occur via a first and second place finish at the 2018 Cadet Pan Am Championships.

Therefore any Canadian women’s freestyle winner or second place finisher will automatically be qualified to represent Canada at the 2018 Youth Olympics, however, if there are more than two (2) qualified athletes, the HPD, in consultation with the International Coach, NextGen coaches, and athlete’s personal coaches, will make a recommendation for team nomination based on previous performance to the HPAC for review.

Previous performance will be assessed using, but not limited to, the following past performances:

Internal Nominating Procedures: 2018 Youth Olympic Games 6 Prior to Team Nomination to the COC, the HPD will have the final authority over dismissal of any athlete from the Team. Following nomination, any such removals are subject to the approval of the COC Team Selection Committee. 4< – STAFF SELECTION The staff will be selected on the principle of sending a team of specialists that are best capable of assisting and supporting the athletes in achieving a podium performance at the Games as well as contributing to a winning team culture.

Staff selections will be based on final confirmation of COC quota allocations, as determined by the HPD and reviewed by the HPAC. All coaches must also:


4? – APPEALS PROCEDURE WCL nominations to the COC for the 2018 Youth Olympic Games may be appealed in accordance with the procedures set out in the WCL Appeal Policy. 4@ – MODIFICATION OF THIS DOCUMENT In the event of circumstances beyond the control of WCL, including but not limited to changes made by United World Wrestling, COC, IOC or WCL, that prevents the fair implementation of these internal nomination procedures as written, WCL reserves the right to determine an appropriate course of action, which may include the right to review and change any part of the international nomination procedures.

Type of Allocation of Quota Places: The quota place is allocated to the NOC. All athletes must comply with the provisions of the Olympic Charter currently in force, including but not limited to, Rule 41 (Nationality of Competitors). Only those athletes who have complied with the Olympic Charter may participate in the Youth Olympic Games.

QUALIFICATION SYSTEM – YOUTH OLYMPIC GAMES BUENOS AIRES 2018 Original Version: ENGLISH 23 March 2017 Page 2/5 Age To be eligible to participate in the Youth Olympic Games, athletes must have been born between 1 January 2001 and 31 December 2003. Additional IF requirements Athletes must also be affiliated to a National Federation which is a member of United World Wrestling and must possess a 2018 UWW license. QUALIFICATION PLACES MEN & WOMEN Number of Quota Places Qualification Event D.1. 50 men 45 women D.1.

The unused qualification place(s) will be allocated to the next best-ranked athlete(s) in the respective weight category, from an NOC, which has not yet reached its maximum quota.

QUALIFICATION SYSTEM – YOUTH OLYMPIC GAMES BUENOS AIRES 2018 Original Version: ENGLISH 23 March 2017 Page 3/5 HOST COUNTRY PLACES The host country will automatically qualify two (2) male athletes and one (1) female athlete, one in each discipline, on the condition that the host country participates in the Cadet Pan-American Championships with at least three (3) wrestlers (one per discipline).

In case there is more than one (1) wrestler per discipline at the Cadet Continental Championships, the bestranked athlete in each discipline will qualify in their weight categories at the Youth Olympic Games 2018. In case two (2) or more athletes are ranked the same, then the NOC must confirm to UWW, following the Cadet Pan-American Championships, the categories in which they intend to enter an athlete. All athletes must meet the eligibility requirements described under point C of this document. UNIVERSALITY PLACES Eight (8) male and four (4) female Universality Places will be made available to eligible NOCs at the YOG, subject to the athletes meeting the eligibility criteria under section C.

The International Olympic Committee will invite all eligible NOCs to submit their requests for Universality Places by 15 January 2017. The Tripartite Commission will confirm, in writing, the allocation of invitation places to the relevant NOCs, in collaboration with UWW, as of 13 March 2017. The NOCs will have until 31 March 2017 to confirm the use of their places to the Tripartite Commission. In order to ensure the ideal number of six (6) athletes per weight category for the men’s Wrestling events and 10 athletes per weight category for the women’s Wrestling events, the weight category allocated to the Universality Places will be finalised after the decision of the places dedicated to the host country.

The NOCs will then have two (2) weeks to confirm in writing to the UWW and BAYOGOC if they wish to use these quota places respecting the maximum quota of two (2) man in Freestyle, two (2) man in Greco-Roman and two (2) woman in Freestyle as detailed in paragraph G. Qualification Timeline. CONFIRMATION OF HOST COUNTRY PLACES The host country must confirm in writing to UWW and BAYOGOC within two (2) weeks after the Cadet PanAmerican Championships the use of its Host Country Places. E. CONFIRMATION PROCESS FOR QUOTA PLACES

QUALIFICATION SYSTEM – YOUTH OLYMPIC GAMES BUENOS AIRES 2018 Original Version: ENGLISH 23 March 2017 Page 4/5 REALLOCATION OF UNUSED QUALIFICATION PLACES If a quota place allocated is not confirmed by the NOC by the confirmation of quota place deadline or is declined by the NOC, the quota place will be reallocated to the next-best ranked athlete in the same weight category at the respective Cadet Continental Championships, from an NOC, which has not yet reached its maximum quota.

If no more athlete participated in the concerned weight category, the place will be allocated to an NOC applying for a Universality Place in the respective weight category.

REALLOCATION OF UNUSED HOST COUNTRY PLACES Any unused Host Country Places (returned or achieved through the Pan American Continental Championships event) will be reallocated to the Universality Places. In case the host country, qualifies through D.1 the Host Country Place would be reallocated to the Universality Places. REALLOCATION OF UNUSED UNIVERSALITY PLACES Any unused places, including those returned after the final allocation by the YOG Tripartite Commission, will be reallocated to NOCs of the next best-ranked athletes, not yet qualified or has not reached the maximum quota per NOC, and according to the following order of priority: Men  Europe  Asia  Pan America  Oceania  Africa Women  Africa  Oceania  Asia  Pan America  Europe F. 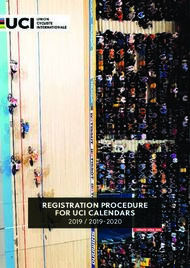 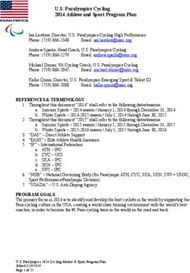 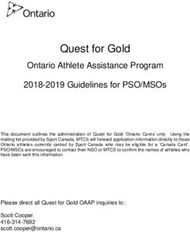 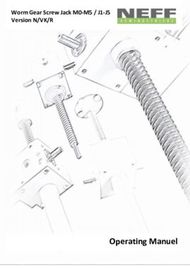 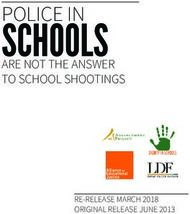 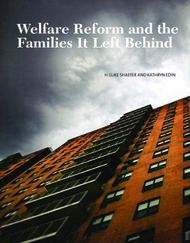 Welfare Reform and the Families It Left Behind - Stanford Center → 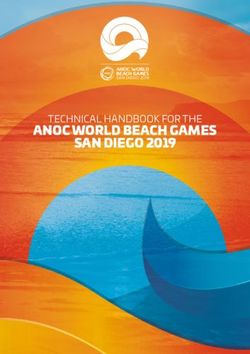 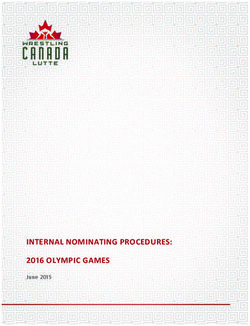 RULES FOR THE YOUTH OLYMPIC GAMES → 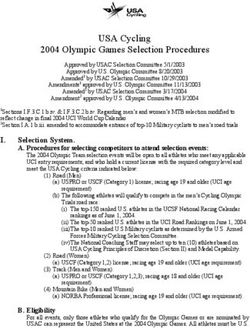 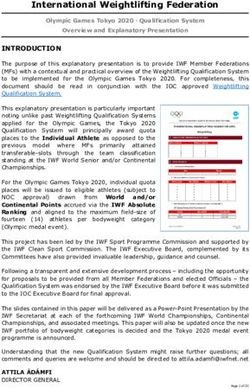 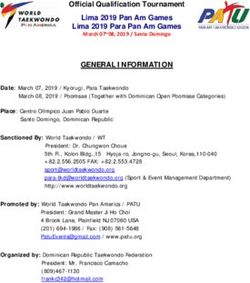 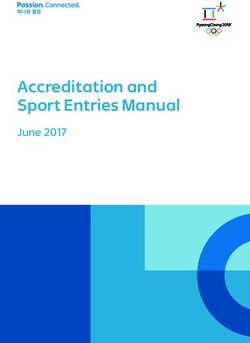 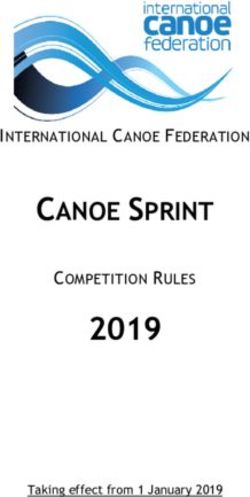 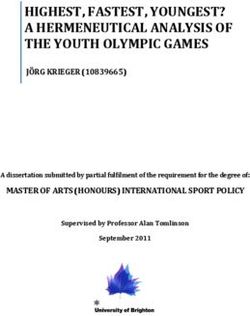 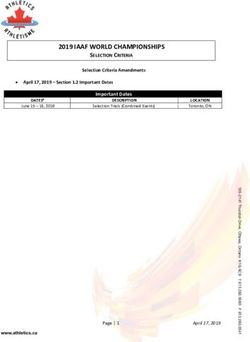