IL PEDANTE - Crisis in Fabula. A Capital Tale and the Twilight of Democracy

Page created by Samantha Fowler
Click to read more   ☰
If your browser does not support JavaScript, please read the page content below:

IL PEDANTE - Crisis in Fabula. A Capital Tale and the Twilight of Democracy

Il Pedante – Bruxelles 06/06/2018 IL PEDANTE · Born during the “Baby Boom” of the 70’ on the outskirts of Monza (Northern Italy). Eldest of three in a middle class family. · Studied Modern Literature in Milan and Vienna. · Graduated in Classical Music in Novara. · Worked for 10 years in the field of natural gas distribution as a junior consultant. · Works today as a musician, copywriter and writer. THE MAN

Random sentence generator available at http://facciamocome.org. · Aims at making fun of Italians’ inferiority complex and self-debasement when comparing with other Countries. · Satyrical counternarrative to Italian media’s and politicians’ obsession with depicting Italy as the Cinderella of Europe/world because of its alleged delay to embrace Neoliberal and market-oriented “redeeming” dogmas.

More than 1,7 million sentences generated, 1600 sentence templates, dozens of authors (some of them... serious) as of May 2018. · An auto-generated book, application programming interface (API), widget, Twitter bot, collectible visit cards. A GENERATOR OF XENOMANIAC “SUPERCAZZOLE” “Elaborated nonsense” “Let’s do like...”

Il Pedante – Bruxelles 06/06/2018 FACCIAMOCOME.ORG A GENERATOR OF XENOMANIAC “SUPERCAZZOLE” “In Lower Saxony, 95% of young people do not want a secured job.

The remaining ones have Italian parents.” “Workers of the British Virgin Islands have more rights because they complain less” “Italy was the grasshopper, Åland Islands were the ant. Then came the winter” “I only drink Uganda’s wine. Ours is diluted with nail polish”

Il Pedante – Bruxelles 06/06/2018 FACCIAMOCOME.ORG A GENERATOR OF XENOMANIAC “SUPERCAZZOLE” Italian self-racism is a known national “bug”. “The playscript of the anti-italian is about attributing to the entire national community the specific and unique faults of one’s own rogue personality, with the aggravating hypocrisy of rising above it and pretending to be a sophisticated anglo-scandinavian lord who ended in a world of mediterranean troglodytes by chance” (Costanzo Preve) “They become fond of the problems of the future, identify what’s wrong and eventually conclude that Italy, in order to be fine, needs to do like Switzerland.

These people... are even crazier than the other ones, who used to insist that Italy, in order to be fine, needed to rule all over the world” (Giovannino Guareschi) “The filthy Italian scab of belittling ourselves” (Carlo Emilio Gadda) “We need to surrender sovereignty/attract Foreign Direct Investments/be more credible abroad/listen to [random country]’s recommendations/draw lessons from [random country]” (An average day on Italian newspapers)

Il Pedante – Bruxelles 06/06/2018 ILPEDANTE.ORG · Started on 27th March 2015, available at http://ilpedante.org. · Not an online journal. Presents 85 short essays on political/economic topics with focus on mainstream narrative, aiming at deconstructing its inconsistencies. · Mainly in Italian, some posts are translated in Spanish (7) and English (1) · Ca. 2500 comments, some of them being little essays on their own, serving as inspiration for further research and writing. · Number of visitors and any other info about visitors are deliberatly not gathered.

Il Pedante – Bruxelles 06/06/2018 ILPEDANTE.ORG THE BLOG “Restating the obvious in times of deceit Is a revolutionary act” Pedantry level (1 to 5)

Il Pedante – Bruxelles 06/06/2018 ILPEDANTE.ORG THE BLOG The blog’s posts and topics form the theoretical skeleton of the book. Some popular posts later became chapters of the book. Some examples: Il socialismo dei ricchi Socialism of the Rich Il questismo Thisism On how strongly market-oriented and competitive economies rely on Socialist-like privileges for big business and the rich.

Le apologie del fallimento Apologia of the Failure Dementia symboli The Folly of Symbols On how ongoing failures of Neoliberal policies are excused by blaming their victims. Rethorical myths are esposed and debunked by comparing them to Freudian psychoanalytic discourse. On how contemporary political thought mainly relies on automatic, Pavlovian-like symbolic processes, both to easily engage the mass and to avoid the acknowledgment of failures.

Romanzo dei capitali e crepuscolo della democrazia” · Written in January-April 2017, published on 16th November 2017. Fourth reprint in progress. First (and only) published book by the author. · Idea promoters were Vladimiro Giacché and Alberto Bagnai, whose books deeply influenced the author. · 50% original contents + 50% adapted blog’s posts. · Both a collection of essays and a consistent volume with an underlying “plot”.

Il Pedante – Bruxelles 06/06/2018 CRISIS IN FABULA THE BOOK “The industrial, occupational and social crisis of our Country is nothing but a chapter of a wider retreat of rights and welfare in the democratic West. Its causes are often told with the words of politics and economics. In this collection of essays, the author tries to ‘tell that tale’ in order to identify the deepest and strongest root of the decline in its representation and, paradoxically, in the prescriptions that are expected to heal it”...

He’s like a child who needs to be educated for “life”. CRISIS IN FABULA THE BOOK The childish narrative through which “plutocracy” - i.e. the government of the richer – legitimates its power is “told” by means of formal, linguistic, psychological, narratological tools. THE OBSCURE FORCES Financial and global markets, the “Troika”, foreign investors, EUR currency, the “spread”, Third World competitors, terrorism etc.

Depicted as natural/inescapable forces the hero is expected to cope with. THE GUIDES The technocrats, the experts, they who know. They must not indulge the hero (i.e. be democratic) but make him take his bitter medicine. THE TRIALS Suffer austerity, be more competitive, innovative, global, rootless etc. SUCCESS Lived happily ever after. THE VILLAINS “Populists, xeno[or anything ‘good’]phobes, fascists, communists, russo[or anything ‘bad’]philes, nostalgics etc.” They tempt the hero with “shortcuts” and “false solutions”. FAILURE Financial default, regression, well deserved misery, various plagues.

Il Pedante – Bruxelles 06/06/2018 CRISIS IN FABULA The analysis is organized in three parts: 1. Plot and authors Plutocracy as the abstract need/destiny of the richer to permeate public government and become State himself in order to overcome State’s limitations to his growth – Plutocracy (deflation) vs. social democracy (inflation): the case of Italy - Surrender of sovereignty as the way to achieve p.c. with the consent of the governed – How and why p.c. seduces its victims – etc. THE BOOK 2. Rhetoric Anatomy of the tale: simplicity, unanimity, repetition, epic, moralism, denial etc. - The False synecdoche as a standard media technique – Symbolic thought – The myth of innovation – The “apocalytic” evolution of the Left – etc. 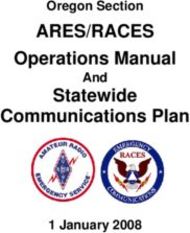 Exploring Emoji Usage and Prediction Through a Temporal - arXiv → 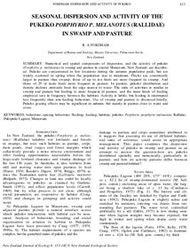 SEASONAL DISPERSION AND ACTIVITY OF THE PUKEKO PORPHYRIO P. MELANOTUS (RALLIDAE) IN SWAMP AND PASTURE → 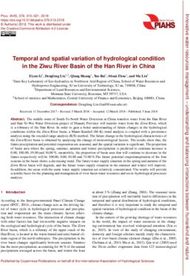 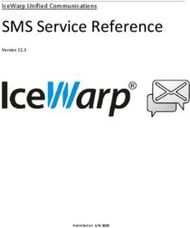 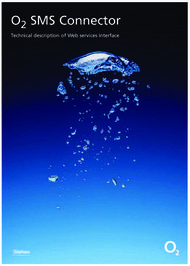 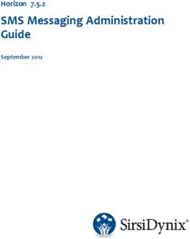 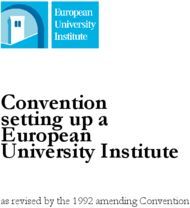 Convention setting up a European University Institute →
You can also read 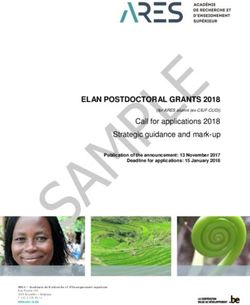 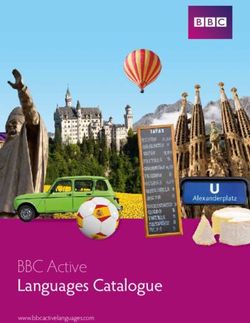 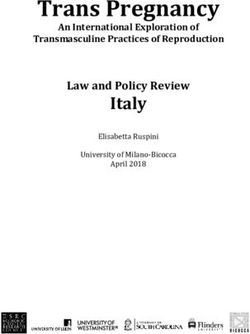 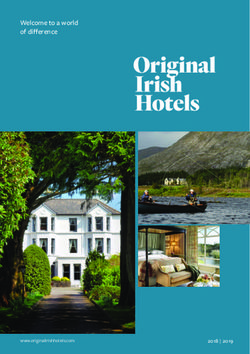 Welcome to a world of difference → 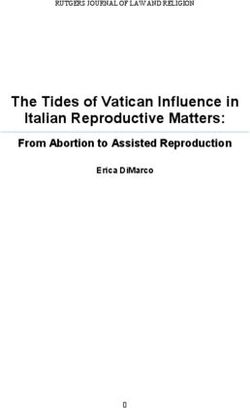 The Tides of Vatican Influence in Italian Reproductive Matters → 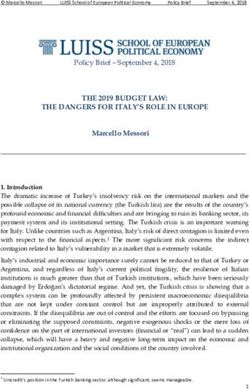 THE 2019 BUDGET LAW: THE DANGERS FOR ITALY'S ROLE IN EUROPE →

TREATY BETWEEN THE HOLY SEE AND ITALY → 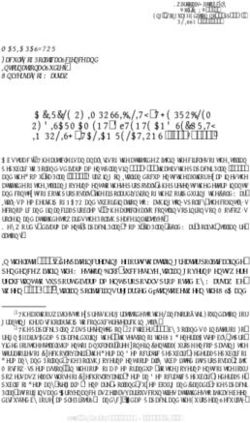 A CIRCLE OF IMPOSSIBILITY. THE PROBLEM OF DISARMAMENT, DÉTENTE AND SECURITY IN POLISH-ITALIAN RELATIONS (1958-1969) → 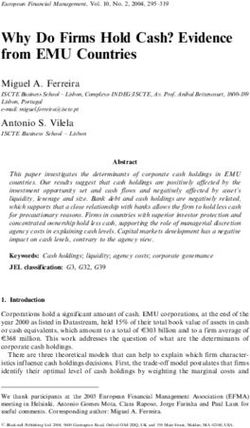 Why Do Firms Hold Cash? Evidence from EMU Countries →

Sony Digital HD Video Camera Recorder HXR-NX5U/NX5N. Operating Guide. →
Share this page with your friends
Select All
Embed this page to your web-site
Select All
Error occurred
Please sign in for this action