Milk Fat - what is behind its resurgence and will it last?

Page created by Sherry Jenkins
Click to read more →
If your browser does not support JavaScript, please read the page content below:

Milk Fat – what is behind its resurgence and will it last? Milk fat, like all animal fats, has been in the doldrums since the 1980s. This stemmed from research that began 1958 and published in 1978(6). This study, often referred to as the ‘Seven Country Study’ demonstrated that there was a strong association between diets high in animal fat and heart disease and strokes. This was very topical at the time because there was widespread societal concern in USA about the high number of deaths, often in relatively young men due to heart attacks. In fact, heart disease and strokes accounted for about half of all deaths in the USA at the time.

It is not surprising, therefore, that the findings of this research work that found a link with animal fat consumption was widely reported in the media and the conclusions that people should eat less animal fat was adopted by the American Heart Association and became a strong dietary recommendation throughout western societies.

However, not all of the scientific fraternity agreed with the conclusions of this work, both at the time it was published and more recently. The study, at best, showed there was an association. They were not designed to demonstrate a causal link between dietary animal fat consumption and heart disease. It was subsequently demonstrated that the original work methodology was flawed. The researchers had access to data from 21 countries, yet chose to include just seven. When the full dataset was analysed, the association between animal fat consumption and heart disease/stroke was quite weak(12).

In fact, France was one of the countries excluded and it has a high intake of animal fat and a low level of heart disease. In addition, other hypotheses were not investigated at the time – particularly the association between refined carbohydrates (sugar) and, diabetes, obesity and heart disease(13). Sugar intake has subsequently been demonstrated to be a significant factor in this series of diseases(7).

Today, western societies are struggling to deal with ever increasing levels of obesity, type 2 diabetes and its consequences that includes heart disease and strokes. This, to a large extent, is because the ‘fat is bad’ message resulted in fat being taken out of food and replaced with refined carbohydrates. The vast nutritional experiment had failed! In the USA, the prevalence of Type 2 diabetes increased 166% from 1980-2012. More than one third of Americans are obese. Heart disease remains the country’s No. 1 killer(11). It is now widely accepted that sugar, not fat is the dietary villain(9,11,13).

In fact well designed controlled trials leave little doubt that high intakes of sugar in the diet is a significant cardiometabolic risk(7). There are now numerous new studies and comprehensive reviews of previous work (metaanalyses) that demonstrate there is either no or a minimal link between diets high in saturated fats and heart disease. In the case of milk, there is evidence that full-fat milk actually mitigates against heart disease(2,3).

Reason number one for the resurgence in demand for milk and other animal fats: It is no longer believed to be strongly causally linked to heart disease and strokes.

The second reason, is that there has been a drive to return to more whole, unprocessed foods - foods that haven’t had things added or subtracted from them during processing. The public want to know what they are eating and the simplest way to achieve this is to get back to eating more whole, unprocessed foods. Butter slots in here very well. Margarine, for years considered better than butter is processed and has additives and may contain harmful forms of transfats, problems butter doesn’t have.

Butter is replacing margarine and plant based oils in the kitchens around the world and in large food outlets like McDonalds(4,8). The third reason for the resurgence in milk fat demand is that there is increased awareness about functional foods – foods that have a potentially positive effect on health beyond basic nutrition. There is an increasing awareness that milk products containing fat are functional foods. Milk fat is a very complex food and contains over 400 different fatty acids. It is relatively rich in conjugated linoleic acid, shown to provide protection against cancer, obesity, diabetes and hypertension.

The big question is; will this resurgence in milk fat popularity continue and by association, will the current increased demand and prices paid for milk fat remain long term? Trying to predict peoples eating preferences is a bit like trying to predict the weather. There are still lots of scientists and nutritionists in the western world who believe we should severely restrict intakes of animal fats. But the more we understand the interrelationship between animal fat and blood cholesterol profiles, and how these may or may not contribute to cardiovascular and other diseases the less support there seems to be for cutting out animal fats from our diets.

A recent large scientific review, of controlled trials that looked at the effect of dairy fat on health, stated the following: “There is no apparent risk of potential harmful effects of dairy consumption, irrespective of the content of dairy fat, on a large array of cardiometabolic variables, including lipid-related risk factors, blood pressure, inflammation, insulin resistance, and vascular function. This suggests that the purported detrimental effects of saturated fatty acids on cardiometabolic health may in fact be nullified when they are consumed as part of complex food matrices such as those in cheese and other dairy foods.” Advanced Nutrition 2016; 7: 1041-51(3) Another large cohort study of 15,000 adults aged 35-74 years concluded that eating dairy fat actually benefited our health: “Total and especially full-fat dairy food intakes are inversely and independently associated with metabolic syndrome in middle-aged and older adults, associations that seem to be mediated by dairy saturated fatty acids.

Dietary recommendations to avoid full-fat dairy intake are not supported by our findings.” J Nutr 2016; 146:81-9(2) In summary, given the big questionmarks over the original antifat studies and the publishing of numerous, well designed studies showing minimal or even positive health effects of eating dairy fat, and the drive towards eating unprocessed whole foods that may have

functional properties, it is a reasonable conclusion that dairy fat demand will be strong for at least the medium term(4,10).

The VCR used to calculate the farm-gate milk price is not just based on the previous year’s GDT results. It is a three-year rolling average (Table 1). This ‘rolling average’ smooths out the peaks and troughs of changes to the component prices for milk fat and protein that can occur within and between years. It means that, if there is a significant shift in the relative value of fat and protein on the GDT, there is a lag before farmers see this reflected in the milk price – as illustrated in Table 1. The 3y rolling average VCR in this table is what was used to pay farmers for milk fat and protein in the 2017/18 season.

There is another factor that can contribute to the lag.

This is the fact that the prices achieved at GDT aren’t incorporated into the milk price until the product is shipped. The average time between a GDT auction and shipping is 3 months. If the relative prices of milk fat and milk protein are reasonably constant at consecutive GDT auctions, then this factor isn’t an issue. However, if there is a rapid change, as occurred in the latter part of the 2016/17 season when milk fat prices increased significantly relative to protein, then this can have an affect. The prices achieved for fat products (AMF and butter) were much higher for the latter part of that season (from January 2017), whereas protein products like skim milk powder had been stagnant (see graph).

Given that the average time between when a product is sold at GDT and shipped is approximately 3 months, a lot of the product sold at the latter part of 2016/17 season when milk fat was high was not shipped and therefore not invoiced till after the financial year and therefore missed being incorporated into the VCR calculation for 2016-17 season. Instead it was incorporated into the VCR calculation for the 2017/18 season, therefore contributing to the lag.

Fonterra Farmgate Milk Price Statement 2017 Other companies like Synlait and Westland Milk Products also work on a 3y rolling average for payment to farmers. However, the way milk component prices received by these companies feed into this rolling average may differ from Fonterra’s.

How is the upswing in milk fat payment relative to milk protein affecting dairy farmer incomes? Between 2010 and 2015 the average value of milk fat was only slightly more than one third milk protein value (Fig1). Then came the literature questioning the science that said animal fat was bad for us. Today, Fonterra is paying almost parity for fat and protein. Next season (2018-19) a kg of fat will be earning suppliers significantly more than a kg of protein. As they say, fat is back. It has been 30-40 years since we last saw this.

Couple this with the fact that dairy cows produce more kgs of milk fat than milk protein in a season and the growing impact of fat on the milk income has become obvious (see figure 1).

The ramifications of this resurgence in milk fat value are great. The impact as outlined above is based on a crossbred herd producing milk at the company average protein: fat ratio of 0.77, and 8.75% milk solids. Such milk will earn the company the average dollars per kg milk solids. Every farmer will benefit from this resurgence in milk fat value, irrespective of cow breed or milk type because milk fat is such a large component of milk solids (1.2-1.5 times the quantity of milk protein).

Indications from industry commentators are that this strong value for milk fat is likely to be longterm. Fat is no longer considered bad for our health and Fonterra’s Food Service division is experiencing unprecedented demand for fat-based products like cream, cream cheese and icecream. 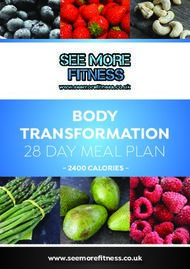 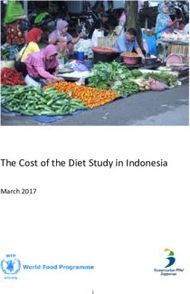 The Cost of the Diet Study in Indonesia → 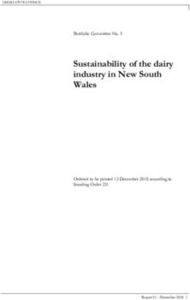 Sustainability of the dairy industry in New South Wales →

Moo-ove Over, Cow's Milk: The Rise of Plant-Based Dairy → 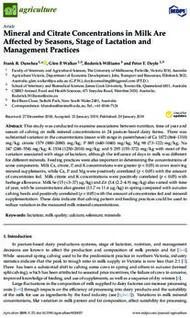 Mineral and Citrate Concentrations in Milk Are Affected by Seasons, Stage of Lactation and Management Practices → 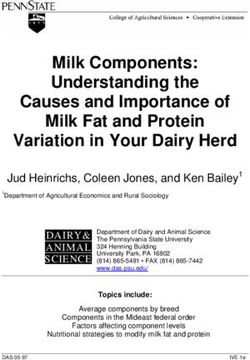 Milk Components: Understanding the Causes and Importance of Milk Fat and Protein Variation in Your Dairy Herd → 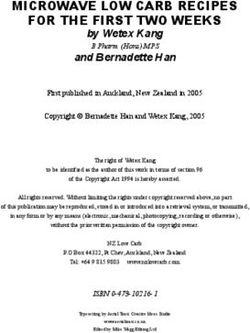 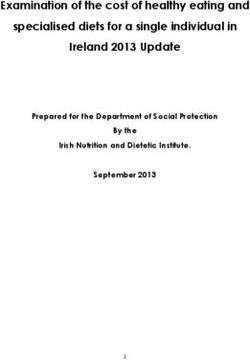 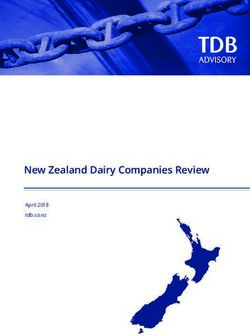 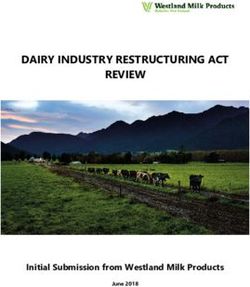 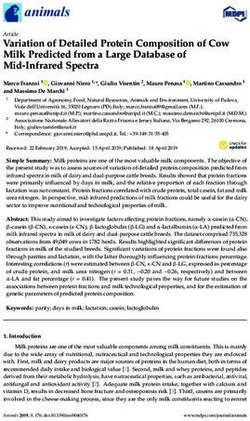 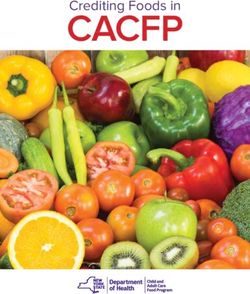 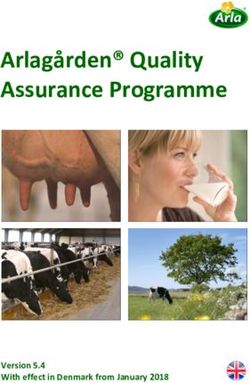 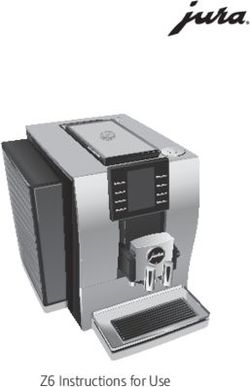 Z6 Instructions for Use → 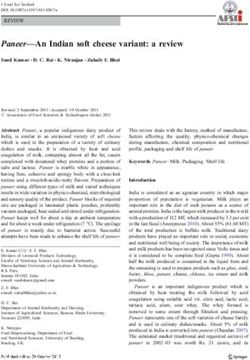 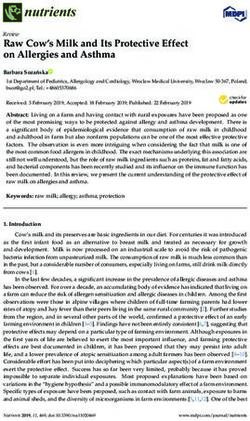 Raw Cow's Milk and Its Protective Effect on Allergies and Asthma → 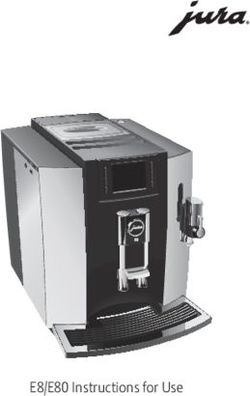 A2 milk: what's real and what does the science say? →
Share this page with your friends
Select All
Embed this page to your web-site
Select All
Next part ... Cancel
Error occurred
Please sign in for this action