Page created by Gloria Ruiz
Click to read more →
If your browser does not support JavaScript, please read the page content below:

This is an open access article distributed under the Creative Commons Attribution License, which permits unrestricted use, distribution, and reproduction in any medium, provided the original work is properly cited. A simple experimental equipment and test scheme is designed to estimate the swelling deformation under the lateral unconﬁned condition with coupling eﬀect of uniaxial load and water-rock interaction. This paper carried out the swelling test under the lateral unconﬁned condition and analyzed the qualities of lateral unconﬁned swelling of weak swelling rock by applying simple selfdesigned saturated equipment to the swelling test on the platform of microcomputer-controlled rock shear rheological tester RYL- 600.

As a result of this study, the following conclusions were derived: (1) considering the coupling eﬀect of load and water, the stress level is considerably lower than the mudstone-saturated uniaxial compressive strength, and it is discovered that the coupling eﬀect is striking. (2) The swelling reveals the demonstrable time eﬀect, which increases rapidly at the beginning of the swelling deformation, and after that, the deformation tends to maintain a certain value. (3) Both the rate and the scale of swelling deformation are restrained by the axial load.

1. Introduction The swelling of the soft rock is one of the most intractable problems in underground engineering [1]. The swelling pressure and deformation of the soft rock swelling with water frequently results in a series of engineering problems, like the cracking of underground cavern, the ﬂoor heave, the cracking of road and its roadbed, the landslide and collapse of slope, and the destruction of the upper structure caused by the diﬀerential settlement of swelling rock foundation. The project design of swelling rock area embarks on the indoor tests about the reasonable prediction and the accurate conﬁrmation of the swelling rock qualities.

[6] ﬁgured out the negative logarithmic function relation between the axial stress and swelling ratio of argillaceous slate during the process of its swelling. Vergara et al. [7] improved the measuring system and loading system of uniaxial consolidation equipment recommended by ISRM, which can better control the measurement of swelling deformation by the stress boundary condition. Pimentel and Anagnostou [8] bettered the loading system and the lateral conﬁned device of the uniaxial expander and merged several independently controlled expanders which can eﬀectively measure the long-term mechanical properties of swelling rock such as swelling, creep, and chemical-mechanical eﬀects; later Pimentel [9] summarized the current tests of expansibility of swelling rock and states the experimental equipment and methods should be further advanced to meet the needs of various swelling rock projects.

However, many of these researches of expansibility of swelling rock can be traced back to the test methods of expansive soil, either applying a uniaxial or an improved uniaxial consolidation equipment to obtain the swelling Hindawi Advances in Materials Science and Engineering Volume 2018,Article ID 1823541, 5 pages https://doi.org/10.1155/2018/1823541

qualities of swelling rock under the stress of lateral conﬁnement or multidimension. As to the projects of expansive soil, including dam, roadbed, and large area of foundation, they can all be simpliﬁed as the one-dimensional compression problem under the lateral conﬁnement.

Nevertheless, for some projects of swelling rock, like slope and protection of mine prop whose initial stress is changed due to the excavation and loading, the stress boundary condition of practical engineering can be better reﬂected as these projects are simpliﬁed as the one-dimensional problem under the unconﬁned lateral condition. Meanwhile, the swelling rock is less likely to lead to lateral deformation resulting from the conﬁnement of the lateral conﬁned steel loop during the conventional swelling test of consolidation equipment, and it will not produce any yield failure no matter how big the vertical load is, so this kind of test cannot check the failure mode of swelling rock during the action of load.

Accordingly, for this kind of engineering projects the practical stress boundary condition cannot be well reﬂected applying the test of expansibility recommended by norms. This paper carried out the swelling test under lateral unconﬁned condition and analyzed the qualities of lateral unconﬁned swelling of weak swelling rock by applying a simple self-designed saturated equipment to the swelling test on the platform of the microcomputer controlled rock shear rheological tester RYL-600.

2. Preparation of Test 2.1. Design of Test. The purpose of the lateral unconﬁned uniaxial swelling test is to study the rule between deformation of axial swelling and time of dry weak swelling rock upon the impact of both diﬀerent axial load and hydration under the lateral conﬁned condition. The big diﬀerence of this lateral unconﬁned uniaxial swelling test from the swelling test of conventional consolidation equipment lies in the fact that the rock samples can swell freely during the process of their hydrated swelling without any lateral conﬁnement. The axis deformation rule of swelling rock shaped by both hydration and axial loads of dry rocks is explored with the diﬀerent axial compression load made by the servopress.

2.2. Test Equipment. The test equipment is composed of loading and saturation parts, and the loading equipment adopts the microcomputer servorock shear rheological tester RYL-600 produced by Changchun Zhaoyang Equipment Co. Ltd. as shown in Figure 1. The rheological tester RYL-600 consists of rigid reaction frame, servoloading system, automatic acquisition system, and computer control system, which can take the mechanical tests with many stress boundaries, like homotaxial, triaxial compression, and shear of rock. The ac servotest system is DOLI digital, the stability of prolonged pressure, ±2%; the greatest axial test force, 600 kN; the resolution rate of test force, 20 N; and the accuracy of test force, ±1%.

The deformation range of automatic acquisition is as follows: axial direction 0–5 mm and radial direction 0–3 mm, with the accuracy of measurement ±0.5%. The saturation equipment of the rock sample is a simple self-made circular barrel of thick steel panel with an inner diameter of 110 mm and a height of 150 mm. 2.3. Sample Description. The rock samples, a moderately weathered cretaceous red mudstone with weak dilatancy, are collected 15 meters below the surface in Zhuzhou, Hunan. This kind of rock with exposure to air is prone to weathering; accordingly, the samples should be sent to the lab and processed strictly conforming to the rock mechanical speciﬁcations within 12 hours.

The samples are determined with no abnormal wave velocity through the test of the wave velocity. The basic physical mechanics index of rock is obtained by the conventional rock mechanics test as shown in Table 1. The physical properties of rock samples are analyzed by using X-powder diﬀractometer D8 Advance produced by Brook AXS Co. Ltd., Germany. The X-ray diﬀraction (XRD) spectrum is shown in Figure 2. It is found that the red mudstone is mainly composed of clay minerals and clastic minerals by qualitative and semiqualitative analysis, and the percentage of mass content of various minerals in the red mudstone is shown in Table 2.

The clay minerals include kaolinite, illite, montmorillonite, and chlorite, and their mass percentage is between 18% and 20%; while the clastic minerals consists of quartz, calcite, feldspar, mica, etc., and their mass percentage covers 80 percent of the total mass. 2.4. Test Procedure (1) First, the processed rock samples are placed in the oven for 24 hours and cooled to room temperature in the oven.

(2) The saturation vessel is dried with a heater before installing the rocks, and the installation is shown in Figure 3. The sample is kept in the simple vessel and elicited by two force relay columns. Figure 1: The microcomputer-controlled rock shear rheological tester (RYL-600). 2 Advances in Materials Science and Engineering

The relationship between swelling stress and time under different stress levels is obtained by the uniaxial swelling test under the lateral unconfined swelling condition, shown in Figure 6.

The swelling stress is assumed to be positive while the compression deformation caused by the vertical load is negative in this paper. As shown in Figure 6, considering the loading of hydration and the coupling of swelling under the lateral unconfined condition, the curves can generally be divided into five stages. (1) Load to a specified load, maintain a period of time to a steady deformation, and then pour water quickly to immerse the whole rocks in it. The deformation of this stage is not the main concern in this paper. (2) A stage of rapid development of swelling after hydration. (3) A transitional stage of swelling deformation.

(4) A stage liable to stability. (5) Failure stage: the failure occurs when the hydrated swelling rock is far lower than the stress level of saturation strength with a certain load. The figure shows that the axial load affects most swelling of the second stage after the hydration of red mudstone. The rate of axial swelling significantly reduces with the increase of axial compression, which indicates that the axial compression greatly inhibits the deformation rate of axial swelling. During the later period of saturation, the swelling deformation tends to become stable, and the relationship between the swelling deformation and the stress level is shown in Table 3 with the data processed.

4 Advances in Materials Science and Engineering

Data Availability The data used to support the ﬁndings of this study are available from the corresponding author upon request. Conflicts of Interest The authors declare that they have no conﬂicts of interest. Acknowledgments The authors thank the Program for Key Research Funding Project of Hunan Education Department under Grant 16A073 and Hunan Postgraduate Research Innovation Fund Project under Grant CX2016B571. References [1] M. E. Bilir, Y. D. Sarı, A. özarslan et al., “Determination of the relationship between uniaxial and triaxial swelling equations for clay bearing rocks,” Bulletin of Engineering Geology and the Environment, vol. 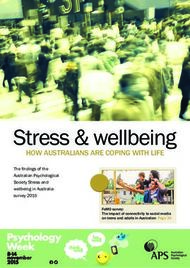 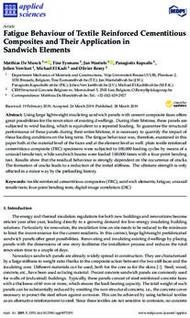 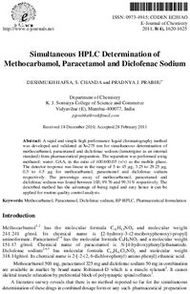 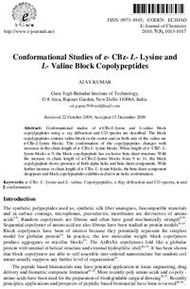 THE HOUSE FLY IN ITS RELATION TO CITY GARBAGE. → 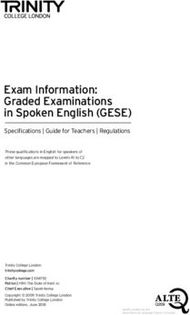 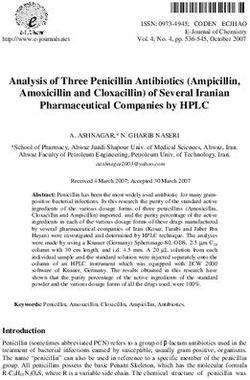 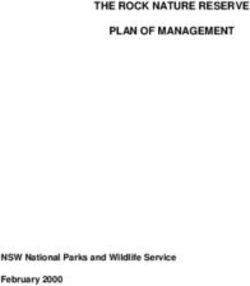 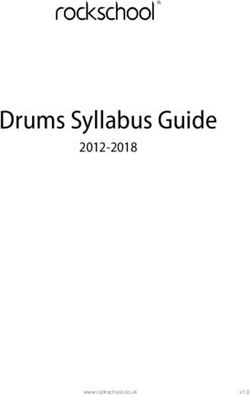 THE ORIGINS OF THE MAGNETIC ANOMALIES OF GOAT ROCK ON BANKS PENINSULA, NEW ZEALAND → 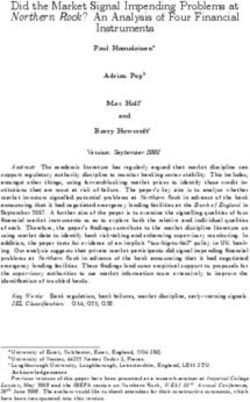 Did the Market Signal Impending Problems at Northern Rock? An Analysis of Four Financial Instruments → 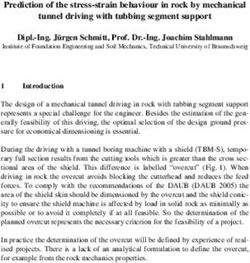 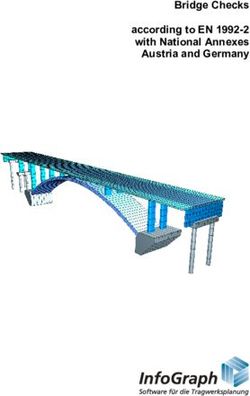 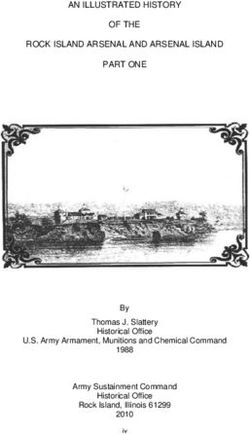 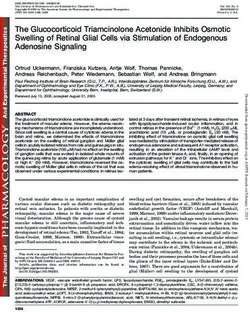 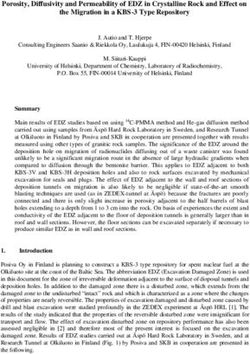 Porosity, Diffusivity and Permeability of EDZ in Crystalline Rock and Effect on the Migration in a KBS-3 Type Repository → 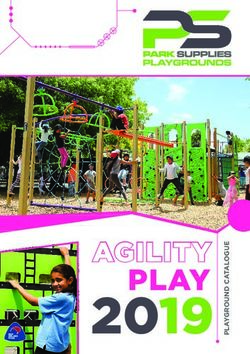 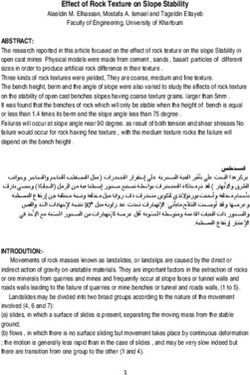 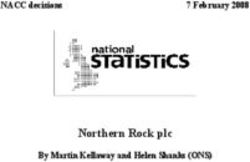 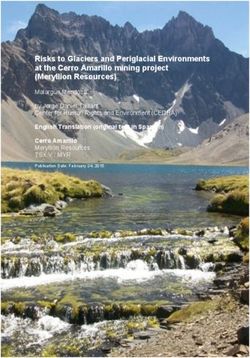 Risks to Glaciers and Periglacial Environments at the Cerro Amarillo mining project (Meryllion Resources) →
Share this page with your friends
Select All
Embed this page to your web-site
Select All
Next part ... Cancel
Error occurred
Please sign in for this action