Page created by Jamie Mills
←
NEXT SLIDE
→
Page content transcription
If your browser does not render page correctly, please read the page content below 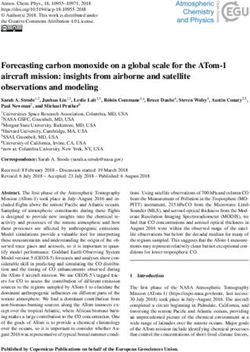 Forecasting carbon monoxide on a global scale for the ATom-1 aircraft mission: insights from airborne and satellite observations and modeling ... 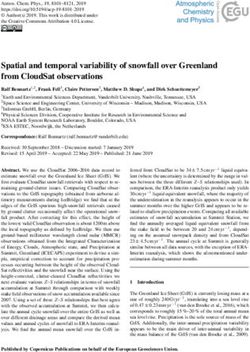 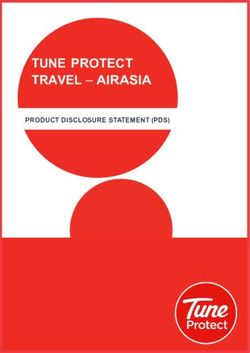 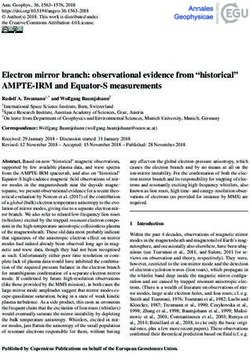 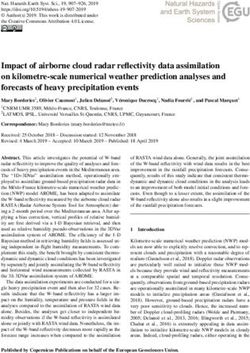 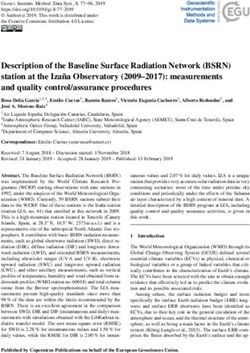 Description of the Baseline Surface Radiation Network (BSRN) station at the Izaña Observatory (2009-2017): measurements and quality ... 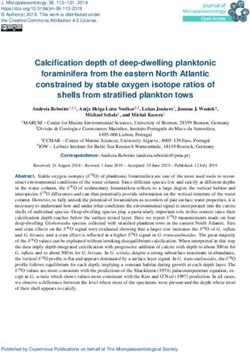 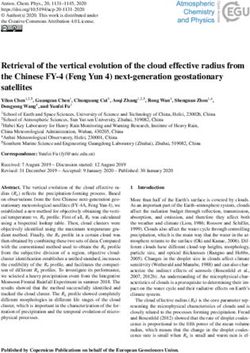 Retrieval of the vertical evolution of the cloud effective radius from the Chinese FY-4 (Feng Yun 4) next-generation geostationary satellites ... 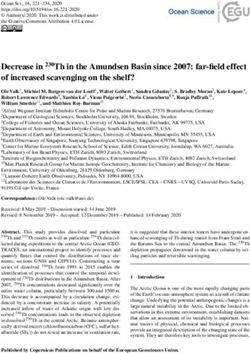 Decrease in 230Th in the Amundsen Basin since 2007: far-field effect of increased scavenging on the shelf? - AWI 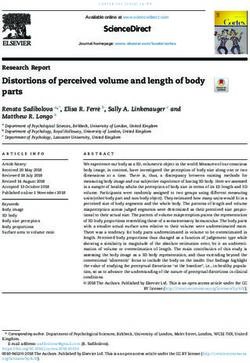 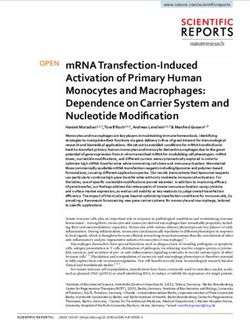 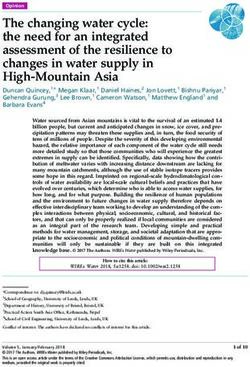 The changing water cycle: the need for an integrated assessment of the resilience to changes in water supply in High-Mountain Asia - White Rose ... 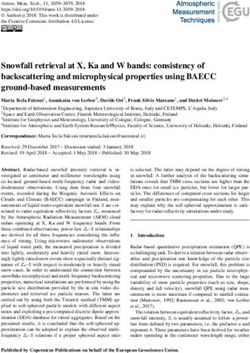 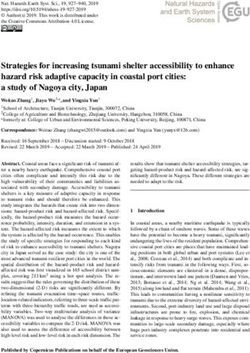 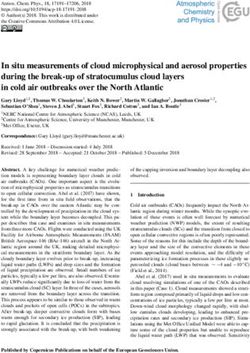 In situ measurements of cloud microphysical and aerosol properties during the break-up of stratocumulus cloud layers in cold air outbreaks over ... 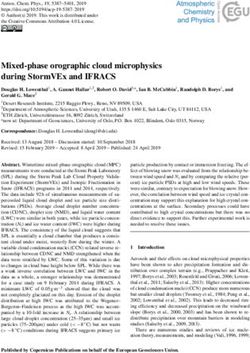 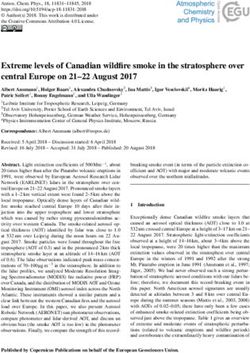 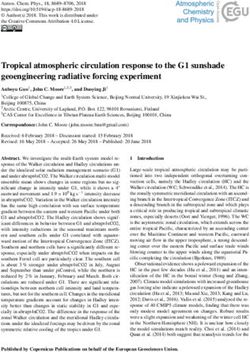